Former Minister and the Leader of the All Ceylon Muslim Congress (ACMC) Rishad Bathiudeen  has urged President Gotabaya Rajapaksa to permit the burial of Muslim Covid-19  victims.

In a letter addressed to President Rajapaksa, Bathiudeen said the government continues to cremate Muslims who die without any regard to the objections of the family and Muslim religious leaders.

“It is incumbent upon the living Muslims to dispose the body of a dead Muslim as per our religious rites. Among them burial is the only option prescribed in Isalm.”

“The body of a Muslim lady. Aged 52 from Modara was cremated Thursday (7) by the government officials claiming it to be Coivd-19 death but later evidence proved otherwise. The Muslims are greatly traumatized and worried about the fate of our sick,” Bathiudeen added.

“The Muslim community is deeply distressed with the continuous cremation of Muslims affected by the coronavirus.”

The former Minister further noted, “Honoring the dead and disposing their bodies as per the beliefs and traditions is the least respect and honour that can be bestowed upon the diseased.”

The full letter to the President is reproduced below; 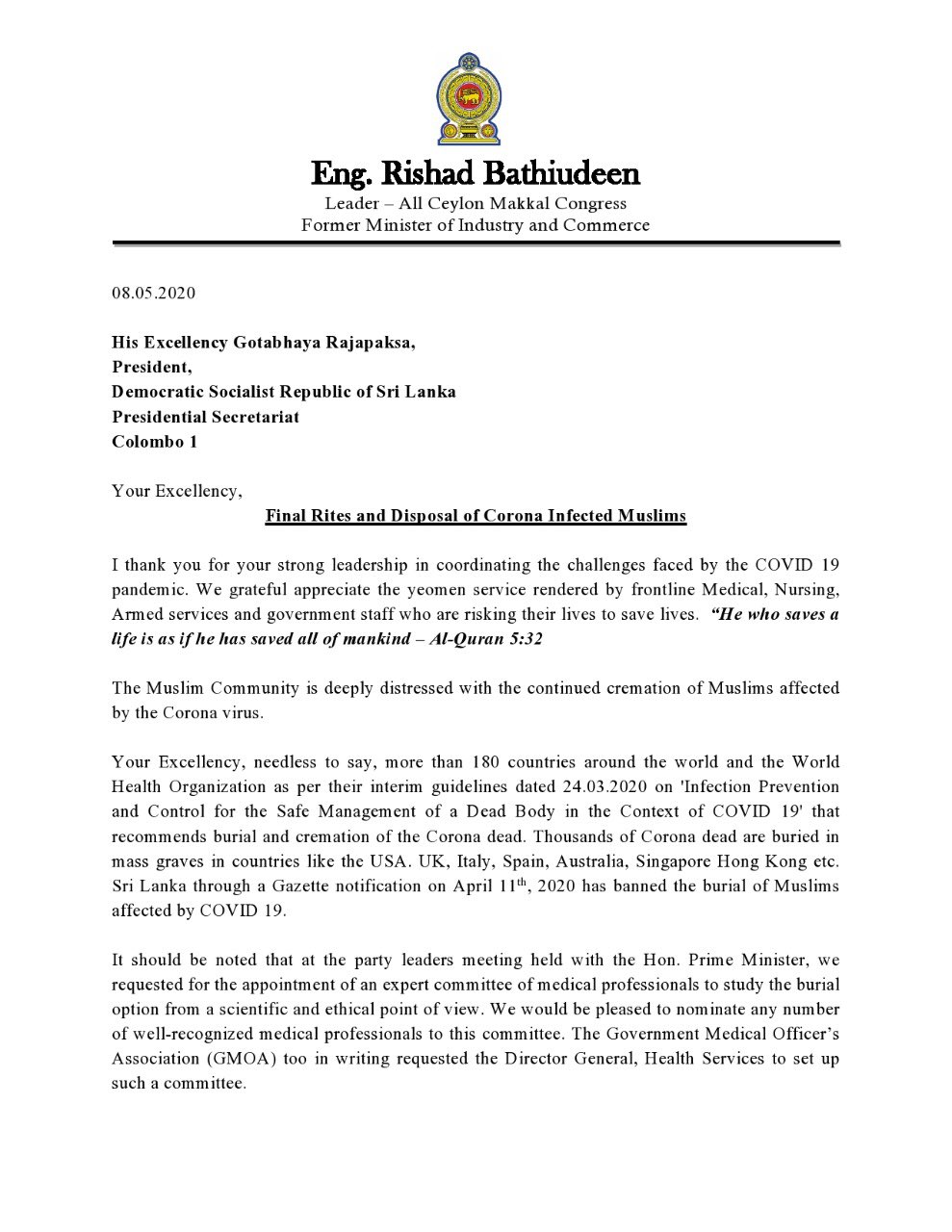 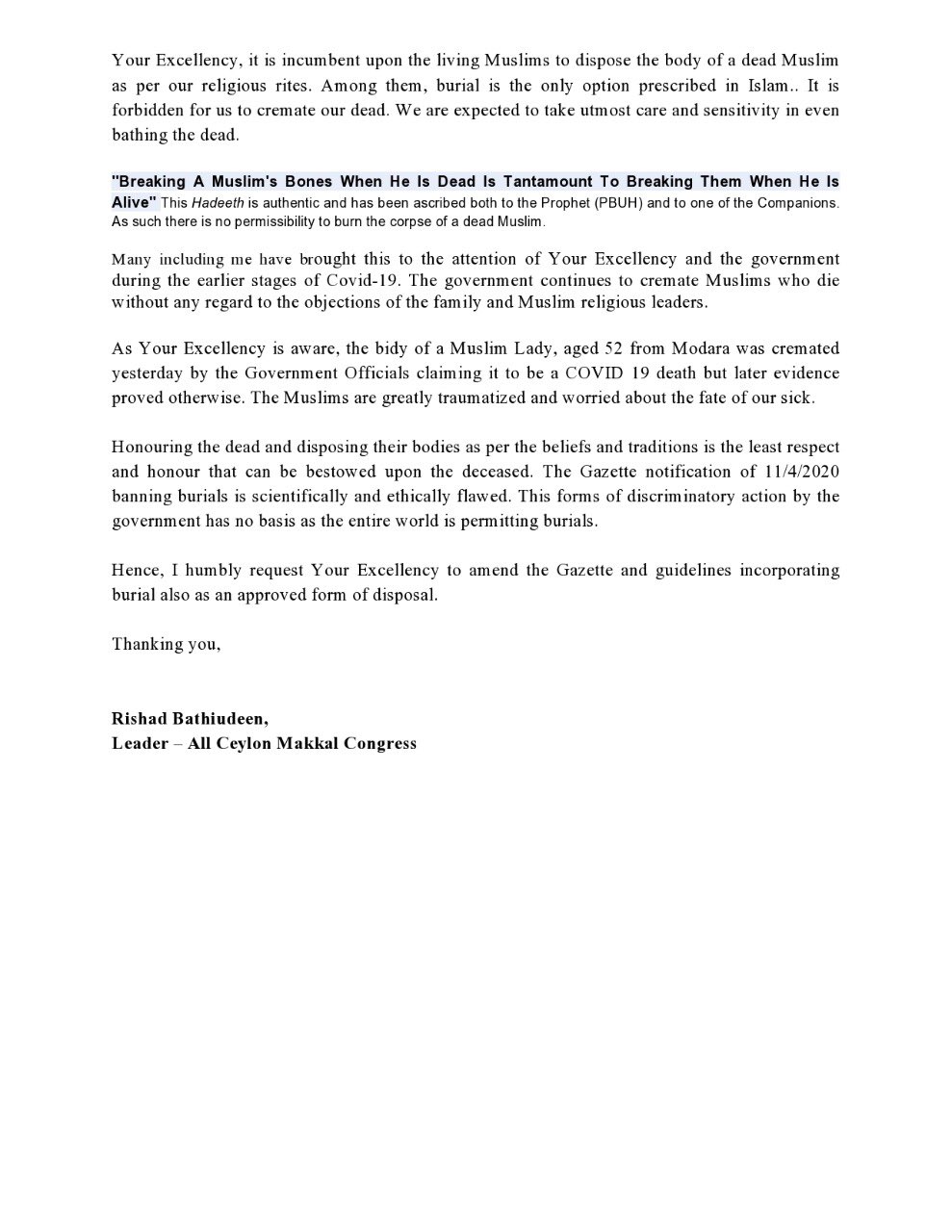 November 10, 2021 byRuwani Fonseka No Comments
The three underage girls from the Keselwatta area, who were reported missing, have returned home, the police media spokesman said.

May 19, 2022 byRuwani Fonseka No Comments
The Criminal Investigations Department (CID) has recorded statements from three more parliamentarians regarding the incidents that took place in Galle Face and Kollupitiya on May 09.