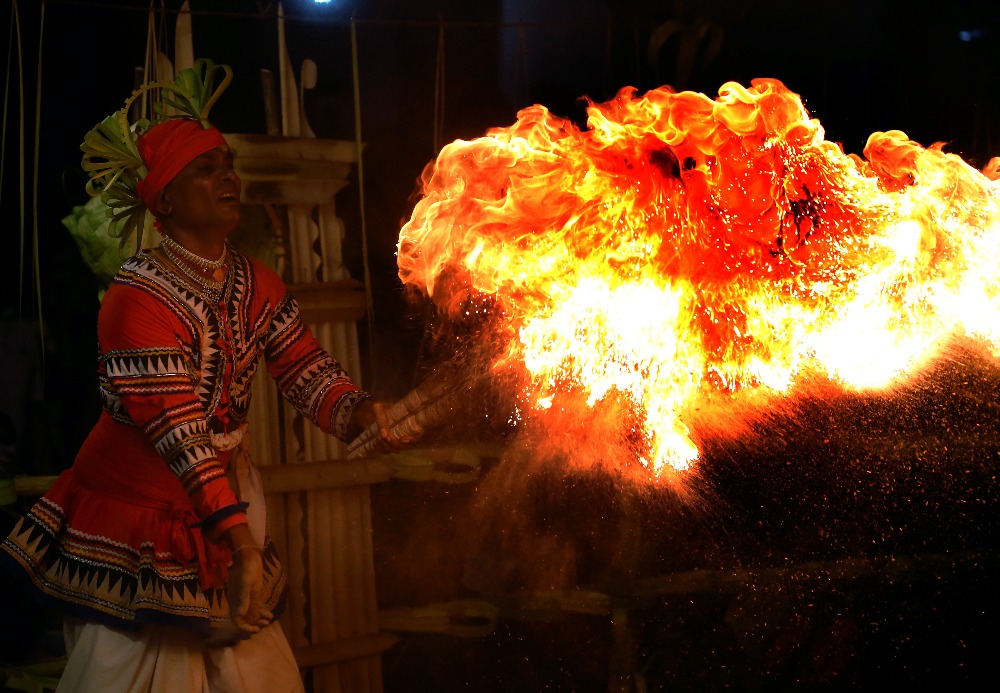 Rituals to rid the pandemic: Why do we do it?

February 10, 2021 by Venessa Anthony No Comments

Sri Lanka, staying true to its cultural roots, seems to have turned to a form of exorcism in what some may call a desperate attempt to rid the “evil spirit” that is Covid-19. After many failed attempts with voodoo and potions, the next step seems to be rituals.

An official ceremony to exorcise evil spirits and end the pandemic was held overnight at the Divulapitiya Divisional Secretariat in the Gampaha District from sunset on Saturday (6) until dawn on Sunday (7), according to the Government Information Department.

The statement said that all political leaders and state officials in the Gampaha District were to be in attendance at the overnight ritual conducted by a visiting lecturer of the Kelaniya University, Sarath Sumana Rajakaruna. 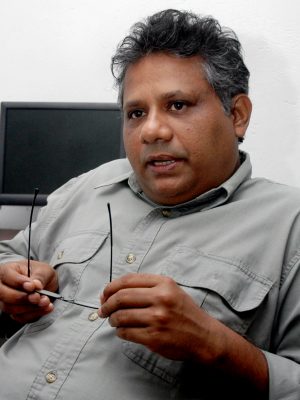 “Gammadu is an interesting phenomena that has been in existence for a very long time. It is famously known as being a harvest ritual, and has been performed all over the country many times in the last few centuries”
Colombo University Chair Professor of Sociology Premakumar de Silva

What is a Gammadu ritual?

The ritual performed to rid the pandemic is known as the “Gammadu” ritual, which was aimed at exorcising spirits said to be responsible for the pandemic.

Speaking to The Morning Brunch, Colombo University Chair Professor of Sociology Premakumar de Silva explained what exactly this ritual entails and its origins.

“Gammadu is an interesting phenomena that has been in existence for a very long time. It is famously known as being a harvest ritual, and has been performed all over the country many times in the last few centuries.”

This has been an ancient practice among Sri Lankans in order to pay reverence to the gods in return for peace and prosperity. The key players, donned in devilish costumes and the devil masks, dance until the evil spirits – or in this case Covid-19 – vacate the area, and welcome the gods and deities to bless the land.

The primary objective of the Gammadu Shanthikarma was paying respect to Goddess Pattini. Later on, it spread into a pantheon of gods and goddesses. Whether the performance is fruitful or not, the ritual is a collective effort to chase away the evil and welcome the wholesome.

The Gammadu ritual is respected as a sacred act of performance that needs extensive preparation, unlike a run of the mill activity. The performers are required to practise abstinence for a certain period to expect the maximum outcome. They should keep away from alcohol and meat, two elements considered evil or dirty (kili) and abhorred by the deities. Being a teetotaler and a pure vegetarian at least for a few weeks is also good for the participants if they seek divine blessings through the performance. The participants are also required to be clad in white, as this is an act of sacredness.

Why turn to rituals?

There is evidence to prove that stressful events such as warfare, environmental threat, and material insecurity are often linked with spikes in ritual activity. Prof. de Silva observed that commonly, from a sociological point of view, when people face uncertainty and situations that they are unsure of how to face, they turn to their cultures and the supernatural, as they are unable to comprehend the situation.

He added: “If one’s life is being threatened by a natural or manmade disaster, people tend to seek protection from supernatural beings. People have various belief systems, which they turn to in all countries, and in Sri Lanka, rituals happen to be one of them.”

Our ancient ancestors used the bond of rituals to create ties of kinship necessary for survival in a world rife with dangers, which seems to be the spirit the Government is aiming for with the hope to provide a sense of unity amongst the community of Sri Lanka.

A ray of hope

It is common knowledge that our brain is wired to make predictions about the state of the world. It uses past knowledge to make sense of current situations. But when everything around us is changing, like the “new normal” we have all been forced to adapt to, the ability to make predictions is limited. When this happens, we tend to experience anxiety, worry, and stress – which is where rituals come in.

Rituals are highly structured. They require rigidity, and must always be performed the “right” way. And they involve repetition – the same actions are done again and again. While it is questionable whether these so-called rituals have any effect in actually ridding the world of evil spirits, they do provide a semblance of hope and a return to “normalcy” to humans that have faith. So even if they have no direct influence over the physical world, rituals provide a sense of control by imposing order on the chaos of everyday life.

With this observation, Prof. de Silva stated that he does not condemn the people for resorting to rituals and exorcisms because they are suffering and times are uncertain. He also noted that people don’t have anyone to turn to who can solve their problems, so while human suffering continues to happen, rituals will remain a constant, unless a human entity miraculously solves all humans’ problems.

August 29, 2021 byNews Admin No Comments
Dwarfism is the colloquial term used to describe what is medically known as skeletal dysplasia. This group of disorders, which primarily affect growing bones and cartilage, encompass an array of many

Chats by the sea with Dr. Malik Fernando

June 4, 2021 byNews Admin No Comments
The Mt. Lavinia beach area is unique in its topography with an arrangement of clusters of rocks that create a thriving marine ecosystem.