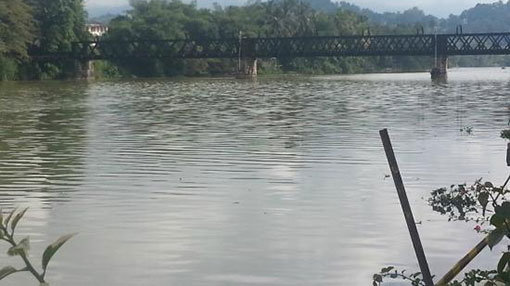 River bank dwellers to be ejected

The Ministry of Environment will be taking necessary steps to remove people who are currently occupying lands along the river banks of Sri Lanka, in order to prevent the pollution of rivers and the misuse of river water.

In a statement issued to the press yesterday (3), the Ministry of Environment quoted Subject Minister Mahinda Amaraweera as saying that necessary measures would be taken to remove illegal occupants along rivers and to ensure that land at least 150 metres from rivers not be used for any construction or cultivation purposes.

Amaraweera had added that people inhabiting river banks would be relocated to alternative places.

“If this is not done, the entire river system, which is the basic drainage system of our country, is in danger of being destroyed in a few years due to the misuse of river water,” the statement further quoted Amaraweera.

Accordingly, the Central Environmental Authority (CEA) has videotaped and observed over 10,700 such places along rivers, which has led Amaraweera to designate river conservation zones for all 103 rivers in the island under the “Surakimu Ganga” (Protect the River) programme.

In addition to the river system, 1,544 water sources have been identified in the Nuwara Eliya District, 204 in the Kandy District, 19 in the Kurunegala District, 210 in the Monaragala District, and two in the Matale District.

Reports of rampant industrial pollution along the river banks of Sri Lanka have been reported in recent years. Most prominently, the Auditor General’s Department revealed last year that the Kelani River is becoming increasingly polluted due to human activities originating from over 10,000 factories surrounding the Kelani River Basin.

Fr Cyril will not be arrested: CID

November 8, 2021 byRuwani Fonseka No Comments
The Criminal Investigations Department (CID) has informed the Supreme Court through the Attorney General's department that Rev. Fr Cyril Gamini will not be arrested at this moment.

August 2, 2020 byJennifer Anandanayagam No Comments
In total, 98% of the polling cards have been delivered while the remaining 400,000-odd cards were at various divisional post offices, awaiting collection.