As the game of chess converged from its ancient Indian roots to the modern game we have today, the piece that represented Elephantry in Chaturanga evolved into the rook. Therefore, in most ancient and artistic chess sets, the rook is shaped like an elephant, a fitting symbol indeed for its supposedly straightforward character.

Not many chess players name the rook as their favourite piece. Rigid in appearance and direct in its movement, there is no real mystique about them. Just like the elephants, rooks are helpless when cramped for room, but in their element when given the elbow-room to use their muscles. But are they only about the brawn? There must be a reason that such a static figure plays a key role in a dynamic game such as chess. Let’s explore some of the rook-induced subtleties to appreciate the role they play.

One thing that tends to lessen the appeal of the rook is that there is a more powerful piece, the queen, that can do everything it can do and more. But there are certain exceptions when a rook is preferable, as illustrated in the famous Saavedra study. 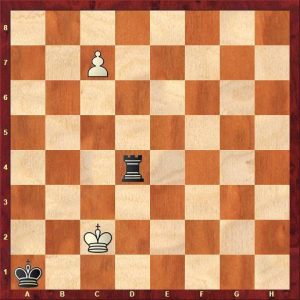 Conclusion of the Saavedra study

Here the natural 1.c8=Q would run into the crafty 1…Rc4+ 2.Qxc4 stalemate. A pleasing underpromotion solves the problem.

A rook loves to lord over an open file and do disciplined team work, especially when there is a colleague to push or pull him. Two such rooks are truly a tower of strength, and once they push and shove their way into the seventh rank, they are almost invincible. 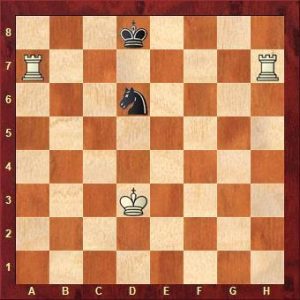 White to play and mate in two moves

The two white rooks dominate the opposition, yet the black knight stands strong to prevent incoming checkmates from all directions. How can you deliver a checkmate in a mere two moves?

1.Rhg7! and black is in a zugzwang. The symmetry makes the solution of this ancient problem extra pleasing.

In the following example, if it were black to play, he would reach an easy draw by exchanging rooks. It is not at all obvious how white can change this verdict despite having the opportunity to move first. 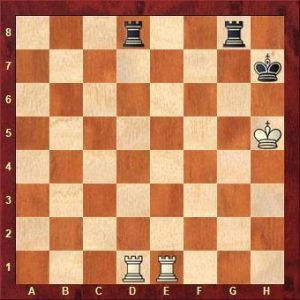 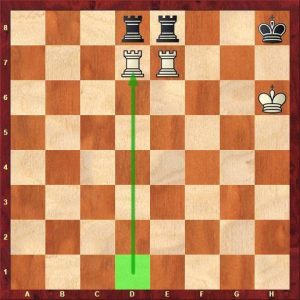 In this picturesque position, black is completely helpless. The white king played an active role in helping the two brothers-in-arms emerge victorious and the white monarch plays an even prominent role in the following delightful problem. 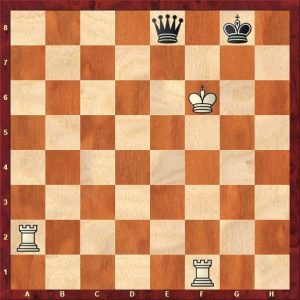 1.Rg2+ Kf8 (1…Kh7 2.Rh1+). The rooks are ready to deliver the killer blow. The only issue is the unfortunate positioning of the white king. The two kings start to dance to the tune played by the white rooks.

Most of the fancy examples above are more the exception rather than the rule when it comes to the staunch behaviour of rooks. Although they might not be able to perform such clever tricks all the time, give them honest steamroller-work and you can safely rely on them. 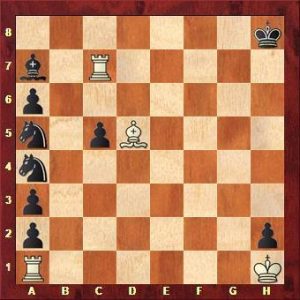 White to play and mate in four moves

The white rook on a1 acts as a violent demolisher of walls as it fights its way from a1 to a8 in a mere four moves.

August 24, 2021 byRevatha No Comments
PCB has accepted the ACB request to postpone series