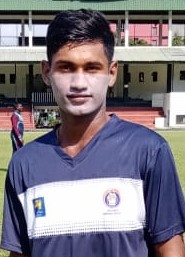 Pawan Rathnayake strikes a ton for Mahanama but in vain

St. Joseph’s beat Trinity College, Kandy by 10 wickets in their semi-final held at Surrey Grounds at Maggona, off Kalutara.

Openers Sheran Fonseka (93 n.o.) and Sadeesh Jayawardene (62 n.o.) of St. Joseph’s made an unbroken 161 runs partnership for the first wicket.

Pawan Rathnayake, the Skipper of Mahanama, scored a valuable 114 runs in 150 balls with three boundaries and four sixes against Royal. Rathnayake and Vinuka Rubasinghe made 92 runs for the fourth wicket in the Mahanama innings, though on a losing course. Shehan Herath (62) and Sadisha Rajapaksha (85 n.o.) made 116 runs for the third wicket for Royal.

Royal College will now take on St. Joseph’s in the key U-19 limited-over final at NCC on Saturday, 1 May. 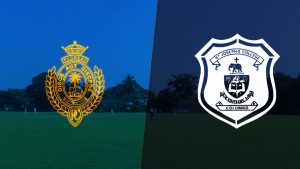 September 17, 2018 byRevatha No Comments
Sri Lanka Women lose the series 2-0 but record a thrilling win in the third and final ODI at Katunayake against their Indian counterparts.