November 19, 2020 by Skandha Gunasekara No Comments

The Planters’ Association of Ceylon (PA) or any other stakeholder among plantation companies had been consulted or informed over the budget proposal to increase the daily wage of estate workers to Rs. 1,000, The Morning learnt.

PA Chairman Bathiya Bulumulla said they were not aware of the Government’s intentions regarding the budget proposal. 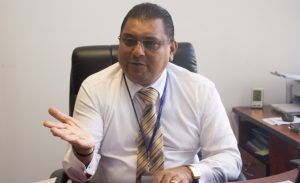 “We don’t know what they plan to do. We have not been told whether the Government would facilitate the increment to the Rs. 1000 daily wage or whether we are expected to do so. We were not consulted in any way in this regard,” he said.

He said that in the case the regional plantation companies (RPCs) were expected to make the contribution, then negotiations would need to take place.

June 12, 2021 byAazam Ameen No Comments
A 30-year-old suspect was arrested by the Police Special Task Force (STF) at Kohilawatta in Wellampitiya today (12), for possession of 7g of crystal methamphetamine, more commonly known as ice.

October 21, 2019 byTSM Web Desk No Comments
The UAE Embassy in Colombo has issued a fresh alert to travellers, warning them not to visit the South Asian country of Sri Lanka.