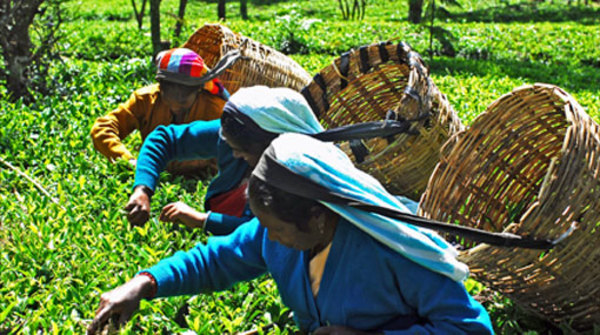 Plantation companies and the Government are struggling to reach a consensus on a proposal made by President Gotabaya Rajapaksa to increase the daily wage of plantation workers to Rs. 1,000, The Sunday Morning learnt.

Government sources said that plantation companies had submitted a set of proposals on how the Rs. 1,000 can be offered, but a consensus is yet to be reached.

Planters’ Association of Ceylon (PA) Secretary General Lalith Obeyesekere also reaffirmed that no agreement had been reached with the Government with regard to the wages of plantation workers.

Prime Minister Mahinda Rajapaksa told Parliament last week that an agreement had been reached and a new collective agreement would be signed. He said the Rs. 1,000 daily wage for plantation workers would be granted with effect from 1 March as promised.

However, when contacted by The Sunday Morning, Employers’ Federation of Ceylon Director General/Chief Executive Officer Kanishka Weerasinghe said a final agreement had not yet been reached.

Minister of Plantation Industries and Export Agriculture Dr. Ramesh Pathirana said discussions were ongoing to reach a consensus on the issue. He also dismissed reports that the Government would take over any plantation company which was unable to pay the Rs. 1,000 daily wage.

The Sunday Morning further learnt that the Government’s push for the daily wage increase is being led by President’s Secretary Dr. P.B. Jayasundera.

It is learnt that the plantation companies are proposing a productivity-based wage model, which they say has proven to be successful. They have also sought some government assistance in order to pay the Rs. 1,000 daily wage and ensure the industry does not collapse as a result.

Plantation companies have informed the Government that an unfair push to pay Rs. 1,000 to plantation workers could have a serious impact on the local industry.

In 2018, when trade unions demanded Rs. 1,000 as a daily wage for plantation workers, regional plantation companies (RPCs) had advanced multiple productivity-linked models that they said could easily enable workers to earn beyond Rs. 1,000 per day. The RPCs’ proposal at the time was a 20% increase in the basic wage, a 33% increase in the attendance incentive (AI), productivity incentive (PI), and price share supplement (PSS).

However, trade unions had refused to accept the proposal and instead pushed for Rs. 1,000 as a flat daily payment.

However, plantation companies refused to agree and are now being pushed again to pay Rs. 1,000 on the basis that they are earning huge profits – a claim plantation companies say is not true. They say the industry is not doing too well and it needs the support of the plantation workers and the Government to ensure it continues to survive.

Plantation companies noted that tea pluckers can pluck more tea than they actually do and an increase in productivity can ensure a higher pay. In order to promote more tea plucking, some companies have promoted competitions with cash prize money.

TTEL’s victory was sealed by Bearwell Estate tea harvester Palaniselvi, who plucked an incredible 9.7 kg of prime tea in just 30 minutes – amounting to a harvesting rate of 19.4 kg per hour – and topping the judges’ rankings with a score of 88.63%.

Celebrating her outstanding efforts, Hayleys Plantations decided to provide Palaniselvi and four of her family members with an all-expenses-paid tour to India as well as an immediate cash prize of Rs. 40,000 in addition to the title of Best Tea Plucker at TTEL and across the Hayleys Plantations group for 2020.

The PA has been calling on the urgent need for the industry to immediately move away from the daily wages system instituted in the colonial era and progress towards a modern wage model.

The PA feels that by this, employees’ aspirations could be met through a productivity-based model which would only require tea harvesters to raise their annual average output by a single kilogramme.

In some estates where a revenue share model has been successfully implemented, workers are now earning between Rs. 50,000 to Rs. 80,000 each month.

The Employers’ Federation of Ceylon had noted recently that pushing for a wage increase is a violation of the collective agreement already in place.

At present, the RPCs and two signatory unions – namely, the Ceylon Workers’ Congress (CWC) and the Lanka Janatha Estate Workers’ Union (LJEWU) – are covered and bound by a collective agreement entered into in terms of Sri Lankan law that decided on current wages and which will be effective at least till January 2021.

As such, if the proposed increase were to be mandated on the RPCs, it will not only be inconsistent with the legal provisions but also with the values of “core” International Labour Organisation (ILO) Convention 98 on collective bargaining, the Employers’ Federation of Ceylon warned.

The Employers’ Federation of Ceylon also noted that financially, it would have a disastrous impact not only on the RPCs but also on the smallholders – eventually leading to the collapse of the industry.

Sunny Side Up: China Development Bank to Port Cit

September 4, 2021 byNews Admin No Comments
China has been invited to set up a regional headquarters of China Development Bank (CDB) in Sri Lanka.

May 31, 2020 bySarah Hannan No Comments
While hand washing is the first step towards Covid-19 prevention, there seems to be many other facilities and procedures that need to be implemented prior to schools reopening.