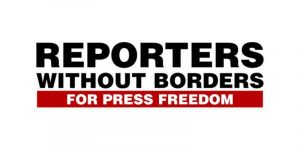 This statement was issued following a recent incident involving a radio news editor who was threatened and then fired by a media owner for refusing to broadcast fabricated and biased information.

RSF said this incident speaks volumes about intimidation of journalists in Sri Lanka.

“He shouted at me, threatened me and even nearly assaulted me,” former Capital FM Tamil-language news editor K. M. Razool told RSF, referring to the way he was treated on 16 October by Vincendrarajan Sathasivam, the head of Trymas Media, the company that owns Capital FM.

RSF said regardless of who wins the election, the behaviour of Sri Lanka’s next president with regard to press freedom will be scrutinized closely.

“He will need to quickly reassure journalists, who have every reason to be concerned.”

“One of the two leading candidates, the New Democratic Front’s Sajith Premadasa, is the son of former President Ranasinghe Premadasa, who is remembered for repeatedly violating press freedom during his term of office from 1989 to 1993.”

“The other is Gotabaya Rajapaksa, the candidate of the Sri Lanka People’s Freedom Alliance and brother of another former president, Mahinda Rajapaksa, whose ten years in office, from 2005 to 2015, are described by reporters as a “dark decade,” one in which at least fourteen journalists were murdered in connection with their work, according to RSF’s barometer.”

“During his brother’s presidency, Gotabaya Rajapaksa was secretary of defence and used the position to crack down hard on journalists. He was, for example, said to have been directly implicated in the murder of the Sunday Leader’s well-known editor, Lasantha Wickramatunga, who was gunned down on 8 January 2009 after reporting that Gotabaya Rajapaksa was receiving backhanders.”

“After 2015, a former army chief reported that Gotabaya Rajapaksa had created a special unit known as the “Tripoli Platoon” whose sole job was getting rid of the journalists he disliked. Its speciality was abducting reporters in white vans and then killing them, with the result that Rajapaksa was nicknamed the head of the ‘white van commando’.”

RSF said Sri Lanka’s journalists therefore have strong grounds for viewing the outcome of this election with concern, both for their editorial freedom and for their physical safety.

“Both candidates are riding a tide of Sinhalese and Buddhist ethno-nationalist rhetoric that is hostile to the Tamil and Muslim minorities, so reporters from these communities fear being the victims of even greater pressure,”RSF said

May 11, 2020 byTSM Web Desk No Comments
The Department of Immigration and Emigration is to reopen today (11) and has presented a series of health and
other regulations for the public who are to receive the services to follow.