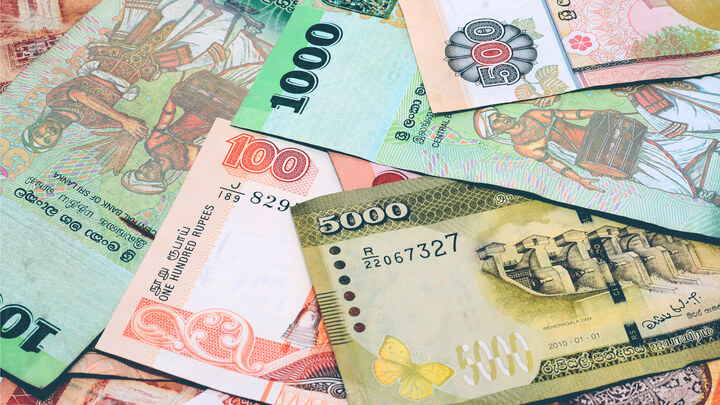 By The Morning Business Desk

Sri Lankan rupee (LKR) is on a depreciation swing as it hit a record low on Wednesday (31), with the selling price of the rupee being quoted as Rs. 202.04 against the US dollar, marking a depreciation of over 6.4%, for the first three months of this year alone.

Speaking at Parliament recently, Trade Minister Bandula Gunawardana projected that Sri Lanka is controlling the price of the rupee with great difficulty and that it could fall to as much Rs. 300 to Rs. 350 against the US dollar.

The Sri Lankan rupee began the year at Rs. 189.80 and passed the Rs. 190 level within five days of the new year. Since then, it remained well above Rs. 190 and reached Rs. 199 during the period from 22 to 25 January, and was declining on and off since then while still remaining well above the Rs. 190 levels.

According to Central Bank data, the rupee recorded a depreciation of 4.9% against the dollar till 10 March. But that was exacerbated this week after the rupee closed at Rs. 202/203 to the dollar in the one-week forward market.

The rupee depreciated by 7% against the US dollar during the last 12 months. The depreciation was even larger against some other key currencies such as the euro (by 17%), UK pound (by 13%), and Japanese yen (by 13%).

In addition, Moody’s Investors Service downgraded the Government of Sri Lanka’s long-term foreign currency issuer and senior unsecured ratings to Caa1 from B2 and changed the outlook to stable resulting in the rupee bond yields to be quoted wide, last year.

January 7, 2022 byNews Admin No Comments
Lanka Sathosa Ltd. has been able to exceed its trade turnover of Rs. 41 billion by the end of December 2021, said Trade Minister Dr. Bandula Gunawardana.