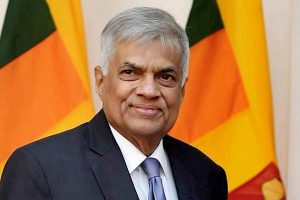 First ex-PM to make such requests

The requests include a fully equipped office building, an official residence, a security team, and staff. A letter to this effect had been sent to President Rajapaksa a few weeks back by the former Prime Minister.

Interestingly, this makes Wickremesinghe the first former Prime Minister to claim these privileges. While every former Prime Minister is entitled to these, none of his predecessors, including D.M. Jayaratne and Ratnasiri Wickramanayake, had submitted such a request officially to an
incumbent president.

However, it is unclear as to whether the request would be granted as the President is yet to respond officially to the letter or submit it for
Cabinet approval.

Wickremesinghe is currently embroiled in a tug-of-war with Opposition Leader Sajith Premadasa over the leadership of the UNP, with Wickremesinghe’s preference for the position being Speaker
Karu Jayasuriya.

When contacted, former Secretary to the Prime Minister Saman Ekanayake told The Sunday Morning that in 2015, a Cabinet decision had been taken to provide a house, a vehicle, and a monthly allowance of Rs. 25,000 to former Prime Ministers Wickramanayake and Jayaratne.

However, he said he was not aware if a request had been made by former Prime Minister Wickremesinghe for additional facilities.

When contacted, Co-Cabinet Spokesman Minister Ramesh Pathirana said he was not aware of such a request being made by Wickremesinghe as it had not been discussed within the Cabinet so far.

Synthetic drugs usage up 40% in WP

September 9, 2020 bythemorningeditor1 liberty No Comments
A proposal to ban the butchering of cows in Sri Lanka has been approved by the parliamentary group of the ruling party.