Sajith paid for the sins of the Government -Harin 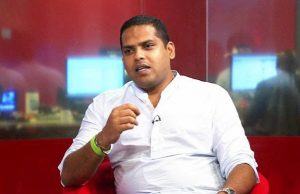 Sajith Premadasa paid for the sins of the government at the presidential polls, Former Sports, Telecommunications and Foreign Employment Minister Harin Fernando said.

Fernando was speaking at a press conference in Colombo today.

Fernando said even though Premadasa had a clean slate, the yahapalana government’s failures took a toll on Premadasa’s candidacy.

He said the SLPP candidate had two months to prepare whilst certain individuals in the UNP gave the candidacy to Premadasa at the eleventh hour.

“The SLPP were able to organize targeted campaigns but Premadasa only had 154 rallies to convince the people of this nation. ”

“Majority of the people chose national security. Many citizens had already made their decision whilst the tug of war was going in the UNP.”

“We want to go ahead under Sajith Premadasa’s leadership at the parliamentary elections. If there is resistance to this an alternative force will be formed, “Fernando said.

February 8, 2021 byMihi Perera No Comments
The private bus strike which was scheduled to begin at midnight today (08) has been postponed by a week due to several demands, Chairman of the All Ceylon Private Bus Owners' Association, Anjana Priya

June 6, 2021 byAazam Ameen No Comments
Residents of Wennawatta and Ambatale areas in Colombo were affected by the flooding today (06).