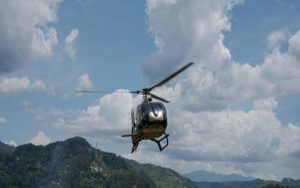 Premadasa was to address a rally in kurunegala today.

Deputy Minister Ajith P. Perera said that the electricity was cut off in the area just before the helicopter could land.

Perera claimed that the Kurunegala Municipality had cut off electricity at the spot the helicopter was to land placing Premadasa’s life in danger.

Perera said that the helicopter was eventually diverted forcing Premadasa to skip the Kurunegala rally.

At the rally, State Minister Ashoka Abeysinghe announced that Premadasa was unable to attend as his helicopter faced difficulties when landing as a result of a sudden power cut.  Abeysinghe further said the area had also experienced a water cut.

“Premadasa asked if I could keep you’ll waiting until he returns from katunayaka. I said that is not possible as I cannot keep my people waiting for 1 to 2 hours,” Abeysinghe said to those who were present at the rally.

March 19, 2019 byRandev No Comments
Power cuts will continue despite a breakdown at the Norochcholai (Lakvijaya) coal power plant being rectified, the Ministry of Power and Energy said today (19).

May 26, 2022 byNews Admin No Comments
Sri Lanka is looking to fast-track talks with the International Monetary Fund (IMF) and agree on a loan by mid-June so that it can then approach other lenders for urgently needed funds.