The Marine Environment Protection Authority (MEPA) is looking to file for legal action against the owners of the Sri Lanka Glory cargo ship, which was stranded in Rumassala on 18 July 2019.

“The owners of the ship Shree Krishna Stevedores, of Mumbai, India (EQUASIS) agreed last year to remove the ship from the location; however, they failed to do so up until now. We have now issued an order stating that if they fail to salvage the ship by April 2021, we will look at taking legal action against them, over the damage that its presence has caused to the Buona-Vista Coral Reef and its marine ecosystem,” MEPA General Manager Dr. Terney Pradeep Kumara stated.

The ship had gotten pushed ashore over the reefs of Rumassala on 18 July 2019, just after it had anchored to weather the storm, before reaching Galle Port. A crew of nine was immediately rescued by the Sri Lanka Navy on the same day.

The continued adverse weather, which posed a threat of a possible oil spill, had later prompted the MEPA and the Sri Lanka Navy to look into removing the fuel from the ship.

At the time, the MEPA had not sought legal action as there was no oil spill event which had occurred due to the shipwreck. However, they had ordered the ship’s owners to remove the fuel from the ship, to prevent any pollution that an oil spill could cause.

In August 2019, the MEPA had then asked Shree Krishna Stevedores, the owners of the Sri Lanka Glory ship, to make arrangements to also remove the ship from the location. Although they had agreed to it at the time, to date no action has been taken. 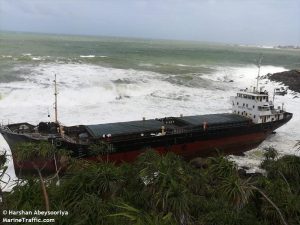 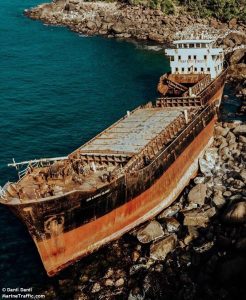 The salience of the variants

May 17, 2021 byNews Admin No Comments
It is becoming more and more obvious that Covid-19, or the virus that causes it, that is Severe Acute Respiratory Syndrome Coronavirus 2  (SARS-CoV-2), are no longer what they were a year ago, and it

Child abuse hotspots to be identified

July 25, 2021 byNews Admin No Comments
The State Ministry of Women and Child Development, Preschools and Primary Education, School Infrastructure, and Education Services will be analysing the trends in reporting child abuse cases in the co