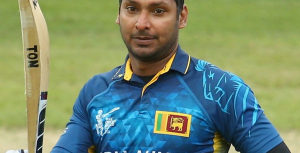 Ahead of the MCC’s week-long tour of Pakistan, where he will lead their XI, Kumar Sangakkara wished that cricket would continue to be played in the country for generations to come.

The Sangakkara-led MCC team will play a round of matches as part of the club’s vision of supporting cricket in the country, which is slowly trying to regain its footing as an important destination in world cricket following a decade-long exile in the aftermath of the 2009 attack on the team bus of the visiting Sri Lankans – a team that Sangakkara was a part of.

“So if there is no home cricket for a very long period of time, there is a danger that sometime that kind of hunger might go away. The more cricket that you play here at home, the more times young children and the fabulous fans of Pakistan can see their side, their players play in front of them, within almost touching distance.”

Sangakkara is trying to take that initiative by playing cricket in the country himself, as opposed to urging other players to do so from the outside. Reiterating the importance of Pakistan as a world cricket destination, the Sri Lankan legend said that the MCC, of which he is the president, is doing its best to ensure the health of the sport remains strong in Pakistan.

“Rather than a direct message by saying something to them, the best thing that we can do is send that message by the way we play in the field,” Sangakkara said. “The more times international sides tour, that message becomes stronger and becomes harder to ignore.

“The MCC tour is a part of completing that puzzle, and I think this is a great step by everyone to combine and to be here to again try and encourage sides to come back and play cricket in Pakistan.”

MCC will play four T20 matches, starting on Friday, 14 February. Competing alongside the MCC are the Pakistan Shaheens, captained by Saud Shakeel, and the Rohail Nazir-led Northern. ICC

December 13, 2018 byRevatha No Comments
SLC Election Committee says elections not delayed, as reported by some media.

Govt. is leading the country into slavery with Port City Bill: Sajith