Sinharaja Forest Reserve was declared a World Heritage Site by UNESCO, yet we can’t stress enough on the enormous threat it currently faces.

Emphasis was placed on the mechanised logging project which is no secret by now.

The monthly lecture of the Wildlife and Nature Protection Society (WNPS) was conducted by Prof. Savitri Gunatilleke and Prof. Nimal Gunatilleke, retired professors in botany at the University of Peradeniya.

Over the years, they have engaged in numerous ecological and biological projects including those in Sinharaja and several other forests.

Prof. S. Gunatilleke marked the start of the forum with her discussion which focused on three areas: How she got interested in natural forests, her first visit to Sinharaja, and the species distribution across Sinharaja together with the conservation of the buffer zone. 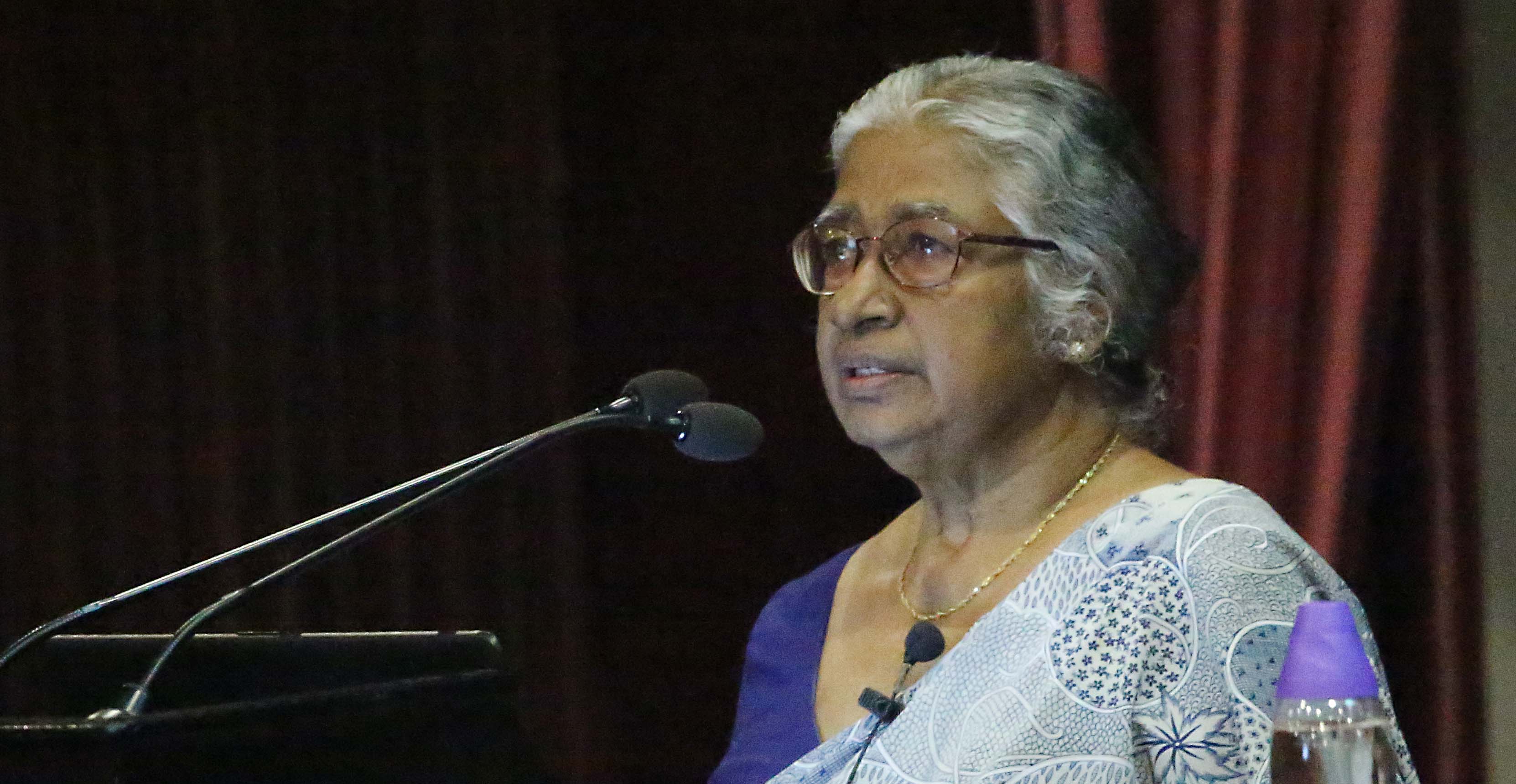 Speaking on the first topic, Prof. S. Gunatilleke indicated that during the course of her PhD, she felt enticed to study forestry.

As she continued her explanation, we learnt that despite the low distribution of forests as a whole across the Wet Zone, it is amassed with a high proportion of endemic species, with 94 % confined to Wet Zone forests. Going further, she stated: “The forests that we actually want to conserve because of their endemics are in the wet part of the country.”

Upon her first visit to the forest, she was able to notice how only the first part of Sinharaja was actually forest-like. From having visited and worked in undisturbed forests, the situation she was able to observe in Sinharaja was rather disturbing and disheartening due to deforestation and logging.

According to her, the trees didn’t have the continuous canopy, but was disturbed and interrupted. Not only does it affect flora such as herbaceous plants and creepers, but tends to have a damaging effect on fauna as well, as “organisms in the soil are disturbed due to logging”.

Placing more focus on the species distribution which wasn’t in a satisfactory state, due to the logging that had taken place, Prof. S. Gunatilleke indicated that during this period, she went on to compare the data at hand with her PhD work. Considering the endemic nature of the plants found in Sinharaja, logging was said to have had a significant impact on these endemic species.

The final portion of her discussion was pertaining to the conservation of biological diversity within the forest as well as the indigenous knowledge of the villagers. “Their knowledge of plant species in Sinharaja, during a survey conducted by a Harvard student, was discovered to be absolutely impeccable.

It was found that around 197 plant species were used by villagers.” While they knew what exactly to do with the species and how to put them to good use, Prof. S. Gunatilleke questioned the audience on the prospects of this knowledge passing down to the younger generation.

To grace the audience next with his inimitable knowledge was Prof. Nimal Gunatilleke who referred Sinharaja as a “biological treasure trove”. According to him, what was currently discussed was merely just the tip of the iceberg, as there was still more left to be discovered, along with the restoration of certain plant species.

His lecture that evening was on the threats Sinharaja faces, emphasising six evident threats.

The first was the Sinharaja Logging Project and the manner in which they overcame it following the active public participation through protests over a period of five to seven years. As we learnt, heavy machinery was put in place for the logging to take place and “these were machines we hadn’t even seen before”, he said. 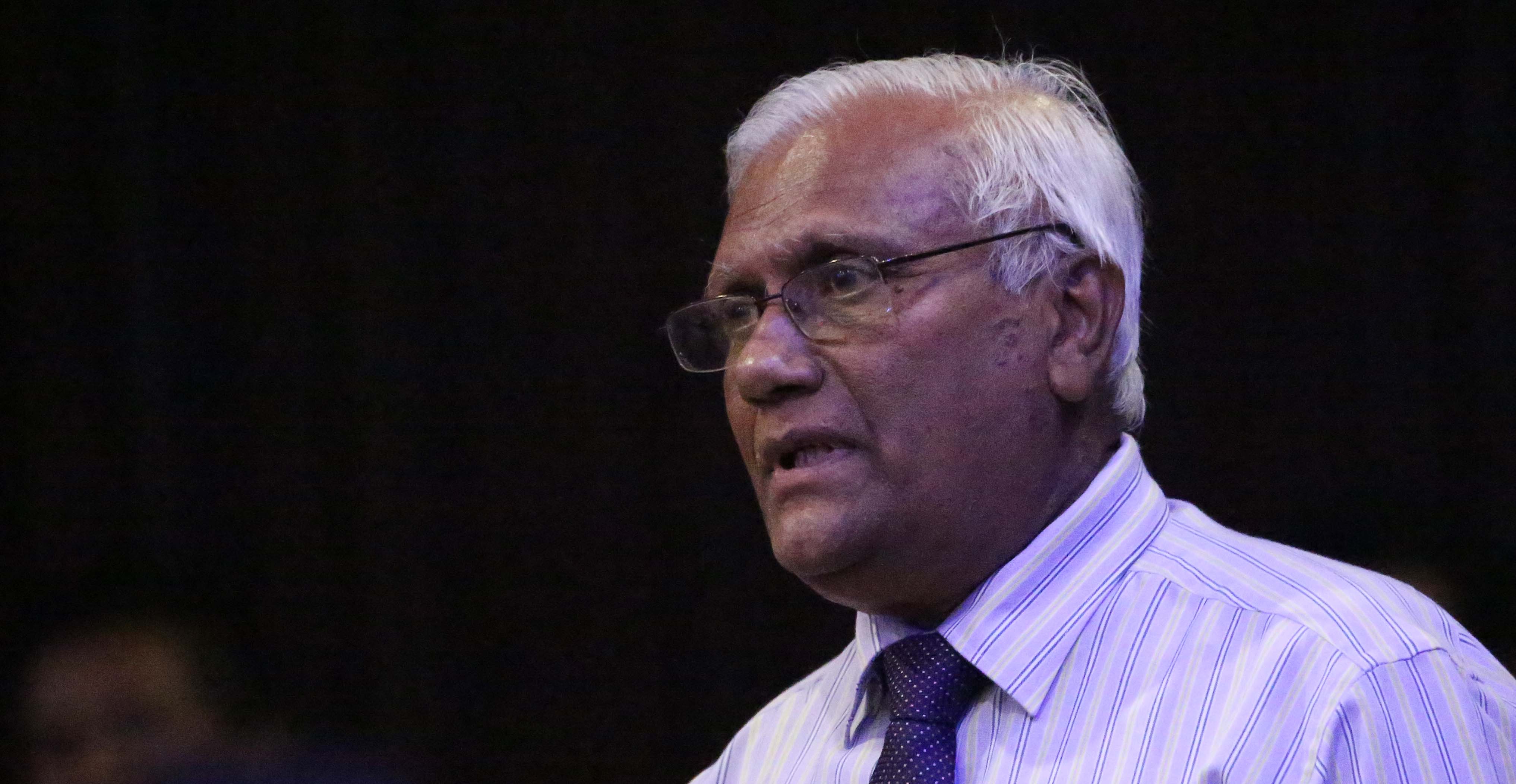 While this was the first threat Sinharaja faced, Prof. N. Gunatilleke stated: “I decided to speak on this because Sinharaja was brought to light because of this.”

He then continued to speak of the other threats such as the Sinharaja Forestry Master Plan; the road which was to be built towards eastern side of Sinharaja and how this was overcome due to public support; the road towards the western side of Sinharaja and his personal views on it; piracy, which is seen as a serious threat; threat on unregulated harvests such as venivelgeta and walla patta; and climate change threats.

Taking the climate change threats into serious consideration, he spoke of how they have now discovered the tragic death of large Na trees in Sinharaja, remarking: “We have a pantropical forest site and unfortunately, Sinharaja comes on top as having the highest mortality and highest dying rate of canopy trees.”

January 20, 2020 byBernadine Rodrigo No Comments
“The fruits of these efforts will not be seen for another generation." Rushan Perera

February 21, 2021 byNews Admin No Comments
The internet is a many-splendoured thing. Yes, that was a bad pun, and yes, for all its splendour, the internet, like all of us, has a dark side that can leave you reeling if caught unawares.