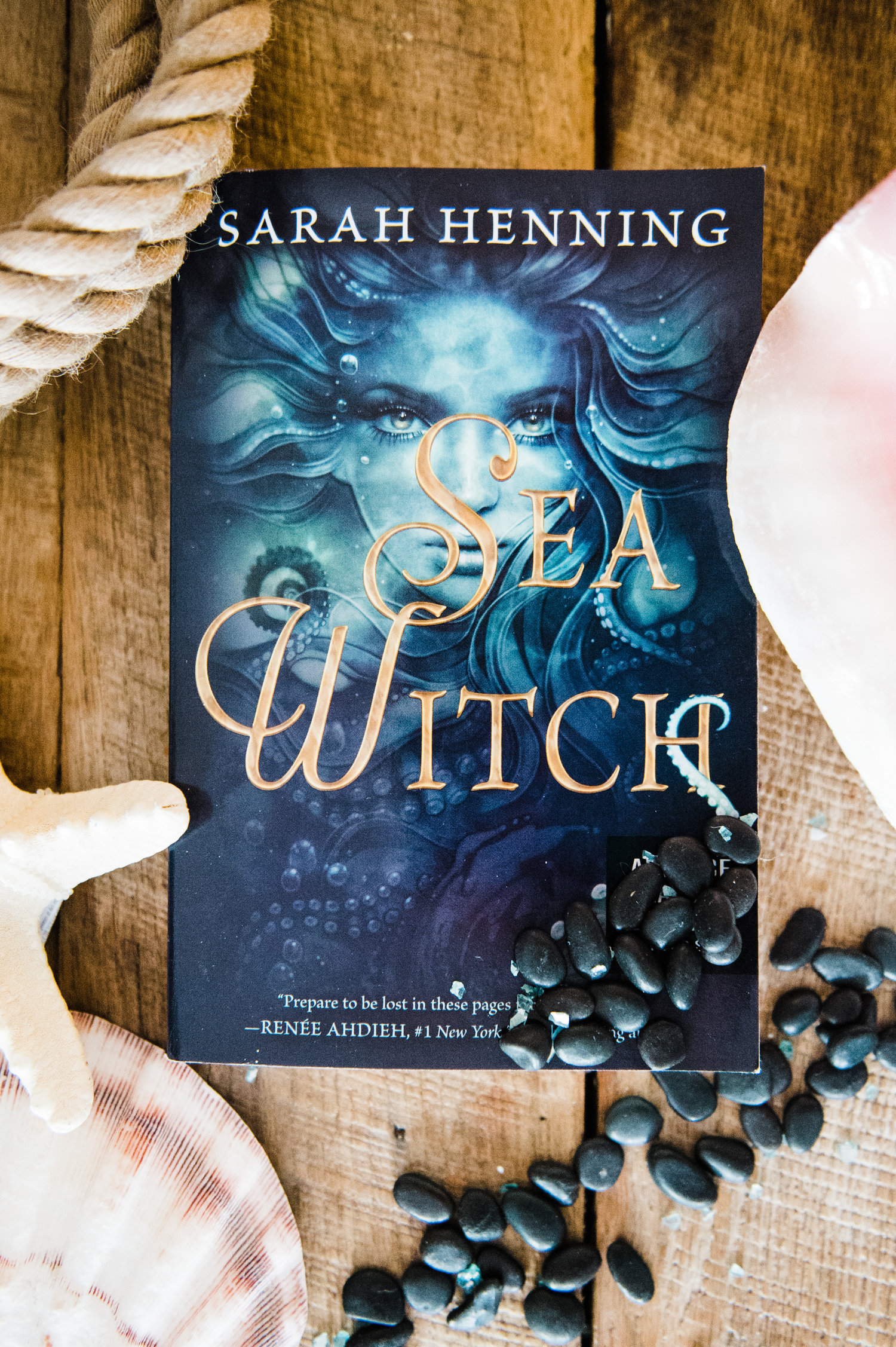 ‘Sea Witch’ by Sarah Henning : Before she took the little mermaid’s voice, she gave up her own heart

Everyone knows what happens in the end. A mermaid, a prince, a true love’s kiss. But before that young siren’s tale, there were three friends – one feared, one royal, and one already dead.
Ever since her best friend, Anna, drowned, Evie has been an outcast in her small fishing town – a freak, a curse, and a witch.
A girl with an uncanny resemblance to Anna appears offshore and though the girl denies it, Evie is convinced that her best friend actually survived; that her own magic wasn’t so powerless after all. As the two girls catch the eyes – and hearts – of two charming princes, Evie believes that she might finally have a chance at her own ‘happily ever after’.
But her new friend has secrets of her own. She can’t stay in Havnestad, or on two legs, unless Evie finds a way to help her. Now Evie will do anything to save her friend’s human self, along with her prince’s heart – harnessing the power of her magic, her ocean, and her love until she discovers, too late, the truth of her bargain.

Set in 19th century Denmark, ‘Sea Witch’ is a tale woven through hundreds of years of Danish history. The Danes, especially under King Christian IV, put many “witches” to death in the 16th and 17th centuries. Henning combines this real fear of witches on land with the story of the sea witch we all know from the Andersen tale (and the Disney remake). Much of the ‘Sea Witch’ is deeply rooted in history such as the Øresund Kingdoms. The mention of the final witch of Denmark – Maren Spliid – truly pulls the book together. The story stays true to the same old tale: a mermaid saves a prince, then goes on land to try to win his heart in four days. If she fails, she dissolves to sea form. The story is mainly narrated in the third person point of view of the main character Evelyn though it shifts to the points of view of the other characters at times. ‘Sea Witch’ is quite a slow burn at the beginning with fewer thrills and chills; it’s mostly a gentle wander through history, class divides, and the unwarranted fear of witches. However, it really builds up to what is coming. Henning’s writing style has the reader constantly second-guessing everything and scrambling to connect the dots. The story is full of plot twists that build up to make the climax completely spectacular as all is finally revealed. Even though ‘Sea Witch’ has the mermaid and the magic, it focuses on friendship, love, and revenge. It’s a tale that shows the lengths one will go to gain what they once lost. The slow plot and dragging build-up make the ‘Sea Witch’ a story that only works its magic for the right reader.

Memorable quotes from the book

“Though magic can shape life and death, love is the one thing it cannot control”

“Don’t grant all the prince’s requests, darling girl. Men are always asking for more than they should”

“I am a witch. I am and I always will be. The magic is in me and it is enough”

“Perhaps fantasies are only meant to come true for a moment”

“The only thing magic cannot do is know its bounds”

“My father, the sea king, says that when everything is as you hoped, you are blind to the imperfections”

“My heart has been yours, Evie – always. Since Anna’s death. Since sandcastles and stick princesses… I have always loved you. Every day. My heart is not mine to give because it is already yours”

“But I am stronger than the pain”

“The magic in my blood prickles at the strangeness, but I have no time to think of things beyond this world”

“The sea is a fickle witch. She is just as likely to bestow a kiss as to steal the breath from your lips. Beautiful and cruel, and every glimmering wrinkle in between. Filling our bellies and our coffers when she is generous. Coolly watching as we don black and add tears to her waters when she is wicked”

“There is yet to be love in this story. Only coincidence and horticulture”

“But song and dance cannot close a wound like that. More like it pours salt on it – watching other people sing and dance like nothing had happened, all the while blistered with grief”

“I guess when you have power, you can be whoever you want”

Mineli Kahanda is a student of Lyceum International School and is also the biggest bibliophile. In her spare time, she enjoys freelance writing, watching anime, and creating art.

April 19, 2020 byKusumanjalee Thilakarathna No Comments
The immune system is made up of specialised organs, cells, and tissues that all work together to destroy these invaders such as viruses, bacteria, and parasites

August 23, 2021 byPavani Jayasinghe Munagamage No Comments
Meet Seheni Kariyawasam, everyone! Seheni is currently in the US, as she is starting her bachelor’s degree in Mechanical Engineering at Boston University. She is currently focusing on her degree, but