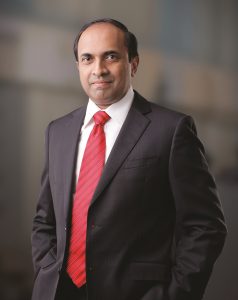 The Securities and Exchange Commission of Sri Lanka (SEC) and its licensee, the Colombo Stock Exchange (CSE), commended the budget proposals presented to Parliament on 17 November 2020 by Prime Minister Mahinda Rajapaksa in his capacity as the Minister of Finance.

The number of companies listed on the CSE has not increased during the last several years and that was seen as a reason for the lack of liquidity and relatively small size of the market, SEC Chairman Viraj Dayaratne PC said in media statement, adding that the new proposals will be an impetus for new listings. 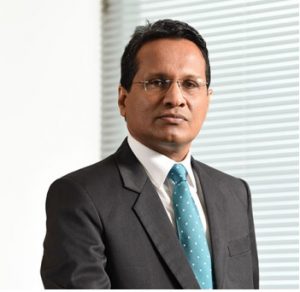 The SEC thanked the President, the Prime Minister, the State Minister of Money, Capital Market and State Enterprise Reforms, the Secretary to the President, and the Secretary to the Treasury for having taken into consideration the representations made by the SEC and for taking these initiatives which will help to develop and build a strong capital market which could benefit both users and providers of capital. These efforts will undoubtedly help deepen market activity and increase access to capital for Sri Lankan corporates, it said.

Meanwhile, the CSE said that long-term sustainable measures have been proposed by the Sri Lankan Government to encourage companies to list on the CSE, encourage savings and investments among Sri Lankan citizens, and improve the attractiveness of real estate investment trust (REITs) through tax concessions. 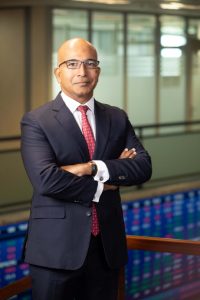 CSE Chairman Dumith Fernando, commenting on the proposals, stated: “The CSE is pleased to learn of these progressive proposals and we applaud the commitment of the Sri Lankan Government to promote capital market development in the country. The tax concessions proposed to draw in stock market investments and encourage companies to explore a public listing will most certainly complement our efforts to develop a larger listed company base.”

Commenting on the proposal to encourage new listings at CSE, its CEO Rajeeva Bandaranaike stated: “The tax concession offered to companies listing on CSE by 2021 will offer financial benefits to companies and extra impetus to pursue a listing. This proposal offers vital policy support to expedite new listings in the market and greatly complements measures taken by CSE to expand listing rules to attract more companies and streamline the listing process. We believe CSE, as a result, is well placed to attract new listings in 2021.”

May 19, 2020 byCharindra No Comments
Dialog Axiata PLC has announced that it is reimbursing up to Rs. 1,000 for every bill paid by its customers, in a bid to encourage them to settle large outstanding bills.

May 25, 2021 byNews Admin No Comments
According to the recently released annual report of John Keells Holdings (JKH) Group, the Group witnessed a faster than anticipated recovery momentum with the performance of most businesses reaching p