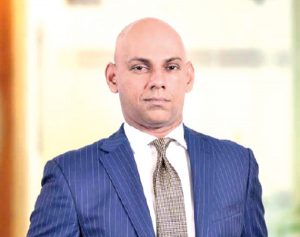 Speculation was rife on Friday (24) in market circles that the Securities and Exchange Commission of Sri Lanka (SEC) Director General Vajira Wijegunawardane would be replaced shortly with the current SEC Director – Litigation Chinthaka Mendis.
Wijegunawardane was appointed DG in April 2015 and was an investment analyst and fund manager for 10 years before joining the SEC.
Mendis has been an Attorney-at-Law for over 20 years while being involved in regulatory affairs, enforcement, and litigation at the SEC. He has experience in securities law, international trade law, anti-money laundering and counter-terrorism financing, criminal law, and a number of other public and private international law areas as well.
This expected change comes close on the heels of the appointment of Viraj Dayaratne PC, Additional Solicitor General of the Attorney General’s Department, as the Chairman of the SEC last week. After assuming duties on Wednesday (22), Dayaratne had expressed his view that overregulation had affected the performance of the Colombo Stock Exchange.
Speaking to The Sunday Morning Business, a market insider who wished to remain anonymous said that Wijegunawardane was seen as favouring regulation, which many stockbrokers were not in favour of. It appears that Mendis would be in favour of deregulation and would align with the vision of the new Chairman.
When contacted for confirmation however, an SEC spokesman said that this was just a rumour and that he had heard nothing of the sort.