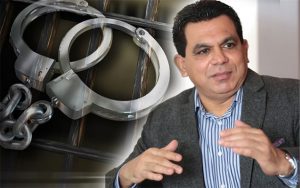 The bribery case filed against Avant Garde Chairman Nissanka Senadhipathi has been fixed for 14 November by the Colombo High Court, today.

Senadhipathi could not appear at today’s court proceedings as he was in remand custody for another ongoing case.

Subsequently, the Colombo High Court ordered the Superintendent of Prisons to produce Senadhipathi, before the court on the said date.

Senadhipathi has been charged by the Commission to Investigate Allegations of Bribery or Corruption (CIABOC)  for offering a bribe of Rs 35.5 Mn to Rakna Lanka Company Chairman Retired Major General Palitha Fernando. Senadhipathi had been served indictments on 47 counts over the bribery case.

Traffic movement restricted due to construction of Kohuwala flyover

October 18, 2021 byRuwani Fonseka No Comments
The Road Development Authority (RDA) says that a decision has been taken to restrict vehicular movement at the Kohuwala Junction on the Horana-Colombo road excluding public transport buses.

Cambodia-Sri Lanka accord to release diplomats from obtaining visa permits

August 31, 2021 byNews Admin No Comments
Sri Lanka and Cambodia will enter into an accord to release holders or owners of diplomatic, duty, and service official passports from obtaining visa permits between the two nations.