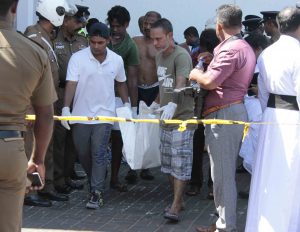 Several human remains from the Easter Sunday attacks have not yet been identified.

The Police said that 56 human remains have not yet been identified.

Police Spokesman SP Ruwan Gunasekera said that the remains are still at the Colombo Mortuary.

The Police Spokesman urged the relatives of anyone missing since 21 April and had been in the areas where the explosions took place to submit the details of the missing person to the nearest police station.

He said that a DNA test would then be conducted to verify the identity of the remains.

July 7, 2021 byNews Admin No Comments
Intimate-partner violence (IPV) is one of the many unfortunate subjects that has captured the limelight during this pandemic. What was often documented as an act particularly targeting women, it is no