Should athletes abstain before big events? 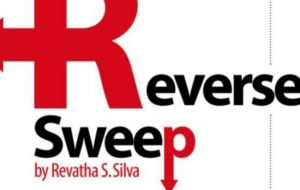 Sex and Sports: Muhammad Ali, for one, reportedly wouldn’t make love for six weeks before a fight

Many athletes claim that sex before competition compromises peak performance potential, but is it true?, asks Stefan Lovgren of the National Geographic. We in these spaces today reproduce the significant write-up which appeared on the world renowned magazine on 23 February 2006

The Winter Olympics may offer plenty of excitement, but there’s at least one type of action that many of the athletes are strictly avoiding: sex.

Athletes have long perpetuated the theory that sex before competition zaps energy. Muhammad Ali, for one, reportedly wouldn’t make love for six weeks before a fight.

But scientists say there is no physiological evidence to suggest that sex before competition is bad. In fact, some studies suggest that pre-sports sex may actually aid athletes by raising their testosterone levels, for example.

It is unclear, however, what psychological effects sex may have on an athlete’s performance. Some scientists suggest that abstinence could help some athletes concentrate better.

“First, it could make you tired and weak the next day,” Shrier said. “This has been disproved. The second way is that it could affect your psychological state of mind. This has not been tested,” he said. 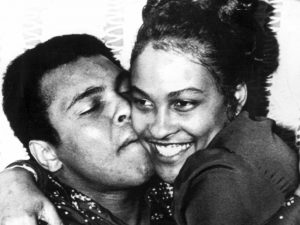 Muhammad Ali with his second wife Belinda Boyd, whom he married in 1967. The ultimate boxing legend had reportedly abstained from making love for six weeks before a fight

In 2000, Shrier published an editorial titled “Does Sex the Night Before Competition Decrease Performance?” in the Clinical Journal of Sports Medicine. He wrote that the “long-standing myth that athletes should practise abstinence before important competitions may stem from the theory that sexual frustration leads to increased aggression.”

The abstinence tradition is particularly strong in power sports, such as boxing and football, in which aggression is considered a valuable trait.

Some people believe the act of ejaculation draws testosterone, the hormone of both sexual desire and aggression, from the body.

“This is a really wrong idea,” said Emmanuele A. Jannini of the University of L’Aquila in Italy. Jannini is a professor of endocrinology, the study of bodily secretions, and has studied effects of sex on athletic performance.

Jannini has found that sex in fact stimulates the production of testosterone, thus boosting aggression.

“After three months without sex, which is not so uncommon for some athletes, testosterone dramatically drops to levels close to children’s levels,” he said. “Do you think this may be useful for a boxer?”

Scientists dismiss the idea that sex the night before competition has a tiring effect on the athlete or that it could weaken the athlete’s muscles.

Lovemaking, after all, is not a very demanding exercise. In general sexual intercourse between married partners expends only 25 to 50 calories, about the energy it takes to walk up two flights of stairs.

Sexual activity could actually help combat muscle pain or other sports injuries in women, according to Barry Komisaruk, a psychology professor at Rutgers University in Newark, New Jersey.

His studies have found that sexual stimulation in women produces a powerful pain-blocking effect. The effect, he says, can last for up to a day in the case of chronic pain such as muscle pain.

“At least one of the mechanisms by which (sex) blocks pain is that it blocks the release of (a neuropeptide called) substance P, which is a pain transmitter,” he said.

Komisaruk has also found that vaginal stimulation has a strong effect on muscle tension in the legs, increasing it in some women and decreasing it in others.

Much less is known about the psychological effects of sex on athletic performance.

Some experts say coaches may be favouring the abstinence theory simply because they want to make sure young athletes get enough sleep before a big game.

Psychologists have shown there is an optimal level of alertness and anxiety that is necessary to produce the best possible performance. Too much anxiety or too much aggression may result in poor performance.

“If athletes are too anxious and restless the night before an event, then sex may be a relaxing distraction,” Shrier wrote in his study.

“If they are already relaxed or, like some athletes, have little interest in sex the night before a big competition, then a good night’s sleep is all they need.”

The results will depend on individual preferences and routines, Shrier said, adding that consistency is key. 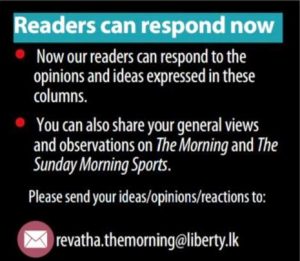 “In general, an athlete should never try something before an important competition that they have not already tried in lesser competitions or practice,” he said.

Jannini, the Italian researcher, says the effects of sex vary among athletes.

“Some personalities need more concentration. In this case sex may be a bad idea,” he said.

“For other athletes a bit of extra aggression could be the difference” between winning and losing, Jannini said. “In this case I would suggest a complete and satisfactory sexual intercourse the evening before the game.”

October 31, 2019 byRevatha No Comments
The Marylebone Cricket Club (MCC) team is to play Essex at the Galle International Stadium in Sri Lanka in March 2020