Showing film in the new normal with Nilendra Deshapriya 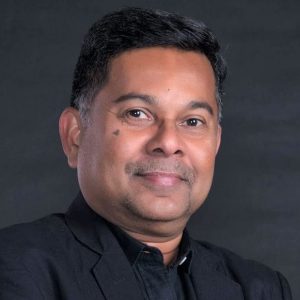 The pandemic has hit practically every industry on Earth with a vengeance. Entertainment was one of the most brutally hit industries, with leaving the house becoming a matter of national health and safety. Staying at home made people more dependent on the arts and creative content more than ever before.

But how does showing film outside streaming services, and new film, in particular, work in our mid-Covid world? The Morning Brunch caught up with renowned Sri Lankan director Nilendra Deshapriya for some insight on how film festivals can adapt in the new normal. 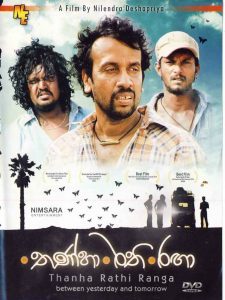 Deshapriya, whose directorial debut film “Thanha Rathi Ranga” was screened at the recent Indus Valley International Film Festival, South Asia’s first borderless film festival, acted as one of the dignitaries of the festival which took place exclusively digitally from 1-9 August.

Speaking on film festivals taking place in a digital context, Deshapriya shared that almost all major film festivals this year were cancelled because of the pandemic, but this has not stopped them from continuing with their work.

“The pandemic has brought with it a paradigm shift,” Deshapriya commented, adding: “The digital film festival concept has opened up festivals to film lovers across the world, giving them the chance to watch the films, be a part of the festival, and share in the love of film. It’s very unique because they get to see their favourite directors’ and actors’ greatest and latest work.”

There are various benefits to taking film festivals digital, Deshapriya explained; the main one being that the digital element opens film out to a much wider audience than it typically would. “Films are made for the public; they are forms of self-expression, so the wider the audience, the better it is. It’s not always the critics’ input that matters, but also how the audience feels.”

Digital film festivals do come with their challenges though, with issues like mitigating piracy becoming a priority, as well as maintaining the human element of a film festival. Deshpariya shared that in the case of the Indus Valley International Film Festival, following a film screening, there were virtual sessions with directors, actors, and crew members that helped capture this aspect of a film festival.

Speaking on the long-term impacts of the virtual paradigm shift created by the pandemic, Deshapriya shared that, in his view, digital film festivals are here to stay in some shape or form. “A merge should take place, with the physical festival happening at the same time as the digital festival; an online edition of the same festival for a wider audience. It’s something that should take place because a film is made for a wider audience. Many good films don’t reach the masses and penetrate their market because of issues with networks and distribution.”

From a revenue perspective, Deshapriya shared that with the recent pandemic, mindsets as a whole have shifted to understanding the importance and value of digital media, and that this will make monetising and building revenue off online film festivals easier, potentially moving to a subscription-based model. “Netflix and similar streaming services don’t sell seats. A big part of the film audience never goes to the cinema. This way, these people get to see these films as well.”

February 11, 2021 byNews Admin No Comments
9 February marked “Safer Internet Day”, but there is much to be done for the internet to truly be considered a safe space, especially for women and children. Research conducted by global child welfare

Is sugar harming your eyes?

June 20, 2019 bythemorninglk No Comments
Most often, we are blindsided to the effects of blood sugar on our eyes. Especially if you’re a diabetic, uncontrolled sugar levels can lead to poor vision or even blindness over time.