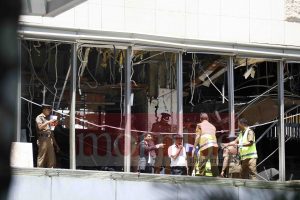 Six suspects including Shangri-La Hotel suicide bomber’s father Mohamed Ibrahim have been further remanded until the 13th of March.

The order was delivered when the suspects were produced before the  Colombo Additional Magistrate  court today (28).

May 11, 2020 byTSM Web Desk No Comments
New Secretaries have been appointed to seven Cabinet Ministries today (11), the President’s Media Division said in a press statement today.

August 11, 2019 bythemorninglk No Comments
A European Union (EU) delegation was in Sri Lanka last week to assess the pre-polls climate and decide if an EU elections observer team must be sent to Sri Lanka for the next presidential elections.