Sixty six new courtrooms to be constructed in 2021: Justice Ministry 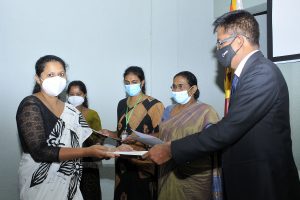 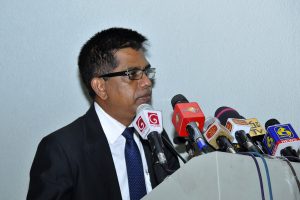 The Secretary to the Ministry of Justice M. M. P. K. Mayadunne stated yesterday (09) that steps have been taken to construct 66 new courtrooms during this year.

He stated this during the ceremonious hand over of appointment letters to graduates who were recruited as Development Officers for Mediation.

“Steps have been taken to construct 66 new courtrooms during this year alone. We will facilitate them to digitize the judiciary over the next four years. Due to the fact that certain laws have not been amended for many years, several committees are working on the instructions of the Minister of Justice to amend them accordingly,” he stated.

Harin had a civil duty to inform CID about masterminds of Easter Attacks: Weerasekara

July 19, 2021 byMihi Perera No Comments
Minister of Public Security Sarath Weerasekara today stated that Samagi Jana Balawegaya MP Harin Fernando had a civil duty to inform the Criminal Investigation Department if he knew who the mastermind

Singapore’s decision on extradition of Mahendran within two weeks

December 12, 2019 byTSM Web Desk No Comments
Singapore’s Attorney-General’s Chambers (AGC) has informed the Government that it will inform its decision on extradition of former Central Bank Governor Arjuna Mahendran within the next two weeks.