December 7, 2021 by Ruwani Fonseka No Comments

In the letters, that also served to be a formal complaint, Kiriella alleges that the verbal abuse and attempt of physical harm on SJB MP Manusha Nanayakkara by the State Minister of Fisheries Kanchana Wijesekera was a violation of parliamentary privileges and also safety and security.

Citing both instances when Nanayakkara had been abused verbally within the Parliament chambers, Kiriella further stated that the attacks by the Government MPs were malicious and unprovoked, adding that such “mafia-type” behavior by the Government MPs was with the intention of deterring the members of the opposition from exercising their freedom of speech, inquiry and debate.

“It is obvious that from these and many incidents that took place recently inside and outside the Parliamentary complex, the Government members of Parliament are using violent force to silence the opposition and thereby to suppress and or destroy democracy within and beyond Parliament,” the statement read. 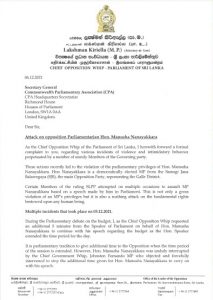 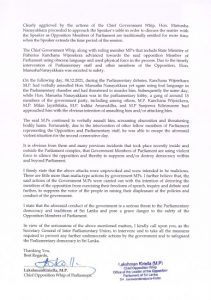 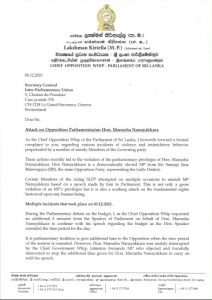 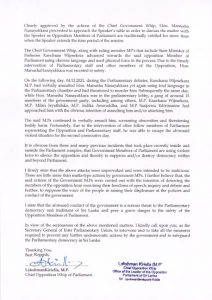 New crackdown on ransom and rape