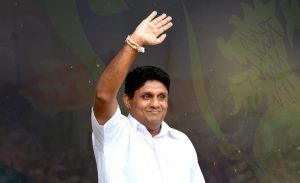 Samagi Jana Balawegaya (SJB) National Organiser MP Tissa Attanayake said that discussions are underway to suggest an alliance between SJB and the United National Party (UNP), with a probable suggestion of appointing Leader of the Opposition at Parliament Sajith Premadasa as the leader of the UNP.

Speaking to The Morning, Attanayake noted: “The people’s choice became obvious when the SJB members were elected to Parliament with more votes than the UNP members. Given that Sajith Premadasa is now recognised as the Leader of the Opposition at Parliament, we only see that it is fitting to give him the opportunity to lead the UNP.”

He reiterated that should the UNP refuse to hand over the leadership to Premadasa, they are willing to form an alliance with the UNP to contest in the upcoming local government elections.

All these are probabilities and are still under discussion among the members of both SJB and UNP, he stressed.

The proposals are yet to be presented to the senior members of the UNP, such as Karu Jayasuriya and incumbent UNP Leader Ranil Wickremesinghe.

Schools in Western and North Western Provinces closed until 30th

April 26, 2021 byMihi Perera No Comments
It has been decided to temporarily close all schools, pre-schools and pirivenas in the Western and North Western Provinces with immediate effect.