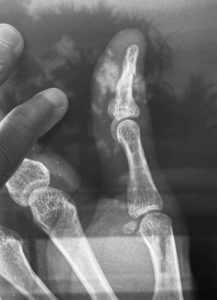 The injured Sri Lanka skipper Dimuth Karunaratne who was left out from the first Test in Galle in the eleventh hour will miss the second Test too, news coming in from Galle confirmed on Friday (15).

Karunaratne suffered an injury on his thumb in South Africa during Sri Lanka’s previous Test series and has reportedly aggravated the injury during practices for the first Test in Galle.