November 1, 2020 by Charindra No Comments

Reports have emerged in Australia that “dodgy agents” are demanding thousands of dollars from overseas players to help them secure visas while allegedly doctoring players’ profiles so they can gain entry to Australia.
“A Herald Sun special investigation has revealed that overseas players have been asked to hand over up to AUD 10,000 (Rs. 1.29 million) to Australian agents as payment to help (them) obtain visas and places in suburban cricket teams in Victoria, amid allegations that player profiles overseas are being doctored to aid entry,” revealed Australian newspaper Herald Sun on Thursday (29). 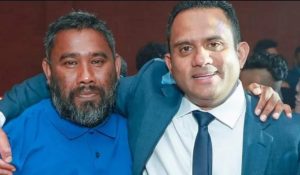 The outflow of local club cricketers to various overseas destinations has been on the rise during the last several years.
“Whistleblowers say some players fail to receive club payments they are entitled to once they reach our (Australian) shores, with agents pocketing the cash. In other cases Sri Lankan players have been crammed into accommodation organised by their agent, with one report of up to 17 people squeezed into a three-bedroom house, each paying rent,” Herald Sun added.

Cricket Australia (CA) and Cricket Victoria (CV) have said they were “deeply concerned” by the allegations, brought to light by Herald Sun.
“There is no place for the mistreatment of players who come to play cricket in Australia, at any level. The alleged behaviour of so-called ‘player agents’ is deeply concerning, and is not something that CA and CV condone in any way,” a spokesman has said.

Herald Sun has been told player statistics are sometimes falsified in profiles “at the Sri Lankan end”, to show young men have a history of playing first-class cricket in their home country, in order to get the CA’s tick of approval.
A Sri Lankan player has told Herald Sun that he had played just one first-class game in Sri Lanka before scoring a sports visa to play cricket in Victoria through an agent named Saman Kandage, aka “Sammy”, who is running an organisation named “SK Sports”.

He handed over AUD 10,000 on arrival at the Melbourne Airport late last year and was then provided with accommodation through Kandage in a three-bedroom, one-bathroom home with 16 other people. He described the living conditions as “like a refugee camp” and at times he feared for his life, he said.
Kandage had brought about 70 young Sri Lankan cricketers to Victoria during the last season alone.
Another Sri Lankan cricketer has said many players were linked up with Tingo Education Australia, which has headquarters in Colombo, Matara, Galle, and Kandy. It is allegedly operated by a person called Kasun Gamlath, the report revealed.

“Players must first show statistical evidence via international cricket database Cricinfo to prove they have played first-class cricket in their country… A whistleblower told Herald Sun that statistics “mysteriously disappeared” from some Sri Lankan players’ profiles about three months after they had obtained their visas. It was not known how this occurred, or who was responsible, the whistleblower has said.

“It’s understood that the Australian Border Force is now also making inquiries, on the back of Herald Sun’s investigation, and could refer the matter to the Australian Federal Police,” the report further added.

September 22, 2018 byRevatha No Comments
Here the schools that dominated the historic John Tarbet athletics this year.