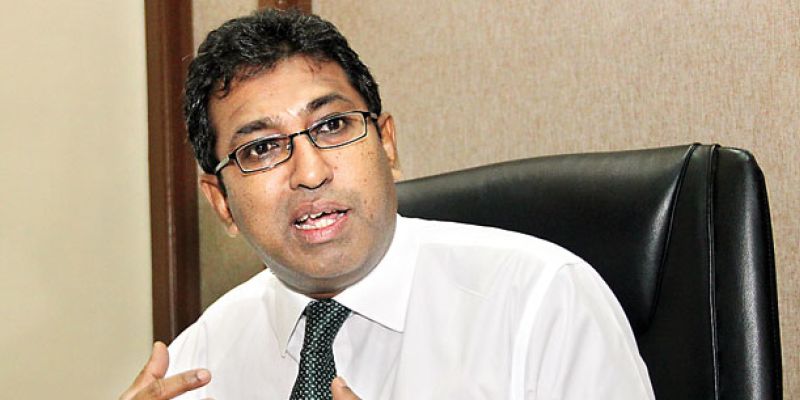 January 5, 2021 by Madhusha Thavapalakumar No Comments

Letters of Credit (LCs) issued by local banks will mandatorily require to be backed up by a confirmation bank if they are to be approved by an international bank, said Samagi Jana Balawegaya (SJB) MP Dr. Harsha de Silva, during a press conference last weekend.

De Silva made this statement in response to a recent announcement made by the Central Bank of Sri Lanka claiming that none of the LCs issued by local banks have been rejected by international banks.

“That is true. No LCs have been rejected, but the people are asked to add a confirmation bank with these LCs. If I am importing a product from Japan, and I have a People’s Bank and a Tokyo Bank account here, and if those Japanese exporters are dealing with us through Tokyo Bank, then that import is done through Tokyo Bank. A ‘confirmation bank’ means we need a third bank to assure Tokyo Bank that, in case People’s Bank fails to pay, I will pay this for you. That is what is needed now,” de Silva explained.

He went on to add that an individual had told him that for € 200 million worth of raw materials required for apparel exports, they were required to pay € 100,000 to the confirmation bank, which was 5% of the entire raw material cost.

“This year is going to be a challenging year in terms of the economy, no matter how stringent the import restrictions that are imposed – the implementation of which is certainly not going to be long term. If the Central Bank thinks that, by issuing announcements as such, they can make a fool out of somebody, they can do so to our people, but not to that Tokyo Bank or investors outside. This is the reason why people say their LCs are not accepted. To accept the LCs, they need a guarantee from a confirmation bank,” de Silva added.

Issuing a statement, People’s Bank said last week that not a single LC facility issued by the bank has been refused by any international bank to date, amidst politically-motivated negative comments being perpetuated in the market that State banks are facing difficulties in conducting their international trade-related banking activities.

People’s Bank noted that it facilitates the country’s import/export activities via the issuance of LCs and guarantees to a large number of private and State-owned institutions.

“While certain parties are seeking to undermine the role of State banks by stating that the recent downgrade in the country’s credit rating by three international rating agencies has hampered State banks’ ability to facilitate international trade activities, the factual situation is that not a single Letter of Credit or guarantee issued by People’s Bank has been rejected by any international party,” the bank stated.

“If they are planning to sell expressways and other things to raise money they have to tell us without hiding it. Sri Lanka needs to deeply think of ways to integrate with the rest of the world,” he added.

May 16, 2021 byNews Admin No Comments
The number of things that need to be done when setting up restaurant is quite a lot, ranging from compiling the food menu to planning the recipes, serving and delivering the food, marketing and managi

October 21, 2018 bythemorninglk No Comments
The long delayed Rs. 8 billion Digital Identity Card Project is set to commence by January with a pilot project, although problems persist as to project ownership.