SL opts to go for vote on resolution

As a decisive week approaches for Sri Lanka at the UN Human Rights Council (UNHRC), with the Core Group resolution on Sri Lanka to be taken up for vote, the Sri Lankan Government has decided to face the vote, even with the surety of being defeated, rather than opt for a last-minute consensual resolution. 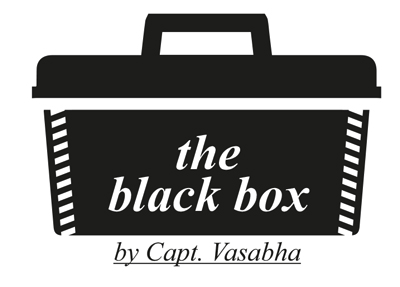 The Government, it is learnt, after deliberating the resolution and the vote, had decided to give priority to managing local optics instead of the mood of the international community.

The Government, for its part, has also crunched the numbers and is aware that there would be around 29 member states of the UNHRC that would vote in favour of the Core Group resolution on Sri Lanka.

Although 21 countries had spoken in support of Sri Lanka at the UNHRC, only 10 countries hold voting rights at the Council.

The Government however believes that the numbers could increase to 15 votes in favour of Sri Lanka, if the issue of burying Covid-19 dead is resolved within the week, before the vote is taken. “A few countries are hesitant to support Sri Lanka over the burial issue. However, with the issue almost being resolved, we are confident these countries will back Sri Lanka,” said a senior member of the Government.

It is learnt that the Core Group led by the UK had approached the Government and suggested, one last time, to move a consensual resolution at the UNHRC without going for a division among the international community.

The Committee has decided that a final result of 29 votes to 15 would not be too bad, since the Government has stood its ground.

“After criticising the consensual Resolution 30/1, it would not be proper for the Government to now agree to a consensual resolution,” a senior government member observed.

The Government has therefore decided to give priority to addressing local political issues, leaving the international community for another day.

“Even after passing the resolution, there will be reluctance to implement it, given the clear division in the international community,” another government member noted. 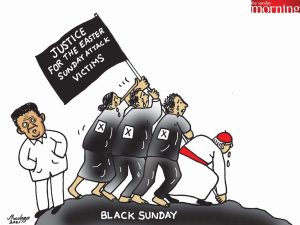 The UNHRC last week commenced “informal consultations” on Sri Lanka with the Permanent Missions of Canada, Germany, Malawi, Montenegro, North Macedonia, and the UK, on 28 February.

The informal consultations on “promoting reconciliation, accountability, and human rights in Sri Lanka” are scheduled to continue until Wednesday (10).

At the interactive dialogue sessions on the High Commissioner’s report on Sri Lanka that took place last week, many Western countries, including the UK and Canada, criticised the human rights conditions in Sri Lanka, whereas most Asian countries, such as Pakistan, supported Sri Lanka.

Meanwhile, India, during its observations before the UNHRC, said that although it supports Sri Lanka’s right for territorial integrity, it is still committed to the demands of Tamils for equality, including through the complete implementation of the 13th Amendment to the Constitution.

“We call upon Sri Lanka to take necessary steps to address such aspirations, including through the process of reconciliation, and the full implementation of the 13th Amendment to the Constitution of Sri Lanka,” said Ambassador of India to the UN Indra Mani Pandey.

Foreign Ministry Secretary Admiral Prof. Jayanath Colombage had recently stated that Sri Lanka is seeking proactive support from India. However, he had also told The Morning last month that the 13th Amendment did not serve its desired purpose.

Nevertheless, such glaring contradictory stances from the Sri Lankan Government would not help in garnering the support of neighbouring India at the Council.

The UK said at last week’s dialogues that the Core Group of Countries on Sri Lanka (Canada, the UK, Germany, North Macedonia, and Montenegro) will present a new resolution in support of accountability and lasting reconciliation for all communities in the country.

Meanwhile, it is learnt that Sri Lanka has raised strong objections with the UNHRC, accusing the Office of the High Commissioner for Human Rights (OHCHR) of disregarding a request to publish the response of the Government to a damning report formally submitted to the Council last week.

In a letter to UN Human Rights Council President Nazhat Shameem, Sri Lanka has reportedly stated that the OHCHR had published an advance unedited version of its report on Sri Lanka in the list of documents for the 46th Session of the Council, disregarding the Permanent Mission’s request to publish the Government’s comments alongside the OHCHR report in the form of an addendum.

Sri Lankan envoy in Geneva C.A. Chandraprema had stated in the letter that on 27 January 2021, the Government of Sri Lanka, upon a request made by OHCHR, shared its comments on the advance unedited version of the report of OHCHR on Sri Lanka, and had requested that the comments be published as an addendum to the OHCHR report, with a view to upholding the integrity between the report and the comments by the State concerned, and in the interest of providing equal visibility to the latter.

“However, I regret to note that, only a few hours after making the above request, OHCHR proceeded to publish an advance unedited version of its report on Sri Lanka in the list of documents for the 46th Session of the Council, in disregard of the Permanent Mission’s request to publish the Government’s comments alongside OHCHR report in the form of an addendum,” Chandraprema had noted.

“You would agree that if any United Nations entity, including OHCHR, publishes a report about a member state, such a report should be accompanied by the observations made by the State concerned, as an addendum, so that other member states can read both sides of the story and form an informed opinion about the contents of the report concerned. Publishing the response of Sri Lanka on a different webpage dedicated to government communications in no way serves this objective,” Chandraprema had further noted in the letter.

The Sri Lankan Government’s response to the High Commissioner’s report was last week published under “Comments received from the Permanent Mission of Sri Lanka on the report of the Office of the United Nations High Commissioner for Human Rights on promoting reconciliation and accountability in Sri Lanka”.

Following are the conclusions and recommendations of the Government outlined in the report:

Refuting the contents of paragraph 56, it is maintained that the Government is able, willing, and committed to pursuing meaningful mechanisms of accountability and reconciliation, in accordance with its constitutional framework.

While rejecting the assertions of paragraph 59, it is regretted that references to investigations targeted sanctions, assets freezes, and travel bans against state officials and other actors, based on “credibly alleged” is unfounded, unsubstantiated, and totally misconceived.

It is important to point out that the tone and substance of the report, going far beyond the legitimate scope of OHCHR, seek to establish a dangerous precedent which has grave repercussions for all sovereign states.

The call for asset freezes, travel bans, and the reference to the ICC and the exercise of universal jurisdiction by individual states, without a semblance of evidence in support, particularly in relation to a country like Sri Lanka, which has consistently being compliant and engaged with the United Nation and its mechanisms, points to a distinct and eminent danger that the international community as a whole need to take note of.

As a responsible member of the United Nations, Sri Lanka has remained open and committed to constructively engage with the UN system, including the Human Rights Council on national as well as global matters of importance. Sri Lanka’s commitment in this regard has been amply demonstrated by, among others, its accession and implementation of all nine core human rights conventions, the unprecedented number of special procedure mandate holders of the HRC and treaty bodies that it has received (10) particularly in recent years, and the constructive engagement that Sri Lanka has had with UN treaty bodies.

We look forward to continuing our engagement with the OHCHR, UN Human Rights mechanisms and procedures, and to continue to work in close co-operation with the international community through capacity building and technical assistance in mutually agreed areas, in keeping with domestic priorities and policies.

US pushes for justice

Meanwhile, the US House Foreign Affairs Committee has called for a push by the US Government to ensure justice in Sri Lanka.

The House Foreign Affairs Committee last week tweeted saying freedom of the press is a fundamental principle of any democracy, as is accountability for those who commit atrocities.

The Committee had further noted that escaping justice for the murder of a journalist deeply undermines both these principles.

“The US must re-assert its leadership role on human rights and support calls for justice in Sri Lanka,” the tweet noted.

The Committee tweeted this in response to an article by Ahimsa Wickrematunge, daughter of slain journalist Lasantha Wickrematunge.

Ahimsa, in an op-ed in The Washington Post last week stated that in 2007, her father, The Sunday Leader Founding Editor Lasantha Wickrematunge, one of Sri Lanka’s most fiercely independent journalists, exposed an arms deal involving a senior official of the then-Government embezzling over $ 10 million in government funds.

“All countries should adhere to the purposes and principles of the UN Charter, respect other countries’ sovereignty, political independence, and efforts to promote and protect human rights, and reject moves that interfere in others’ internal affairs and exert political pressure,” he said.

Wenbin said that all countries should address differences in the human rights sector through constructive dialogue and co-operation, thus jointly promoting the sound development of the international human rights cause.

September 13, 2020 bythemorningeditor1 liberty No Comments
A decision was taken by the Government to recommence oil and gas exploration and also to attract more investors to the industry, Energy Minister Udaya Gammanpila said. He told the media that the count

January 31, 2021 byNews Admin No Comments
The Ceylon Electricity Board (CEB) is going to conduct a feasibility study for the operation of the first pumped storage hydropower plant for which Cabinet approval was granted last week..