Sri Lanka was represented by two teams of three students from Sri Lanka with Team A winning first place, and Team B coincidentally lost to Team A in the semi-finals, with a 3-2 split in favour of Team A among the judging panel.

Team A, which won first place in the championship, consisted of Shalem Sumanthiran from Royal College, Chanidu Ratnayake from Ananda College, and Jasmine Markandu from Colombo International School.

Team B, which placed in the semi-final of the championship, comprised Janul De Silva from Royal College, Rahul De Silva from Colombo International School, and Reiha Wimalasekera from Ladies College. 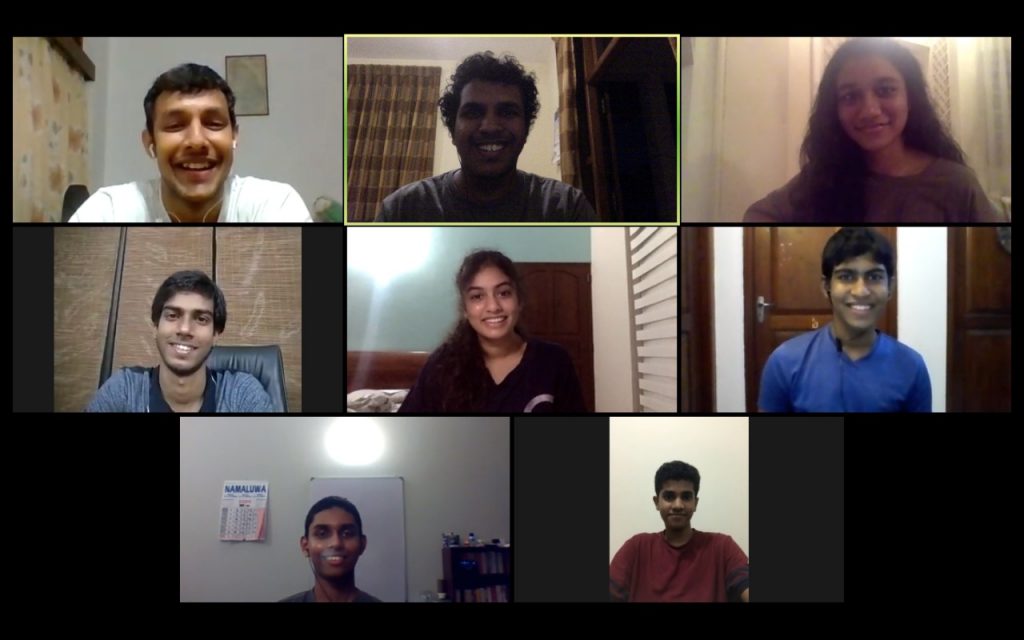 The team was initially selected to participate in the World Schools Debating Championships 2020, which was set to take place in Mexico in July but was postponed to January 2021 due to the ongoing pandemic. The team has since been participating in virtual debating tournaments including the Tilbury House Debating Championship 2020.

The Tilbury House Debating Championship is organised by the University of Cologne and took place over Zoom, with 40 teams from around the world taking part, including 15 national teams. The tournament consisted of five preliminary rounds, the quarter-finals, the semi-finals, and the final round. Two of the preliminary rounds and the final round were based on topics that had been announced in advance for teams to prepare arguments. All other rounds were impromptu rounds, where teams were given one hour to prepare amongst themselves with no external support or informational resources, online or otherwise.

The Sri Lankan team went up against the national teams of Ireland, Germany, Czech Republic, and Romania over the course of the tournament, winning over Wales in the final round to become champions with a 4-3 majority vote from the panel of judges.

The topic of debate in the final round was as follows: “THBT feminist movements in deeply religious societies should integrate religious messages and institutions into their advocacy, rather than distancing themselves from them.”

The team was mentored by their Technical Coach Sanjit Dias and Head Coach Kithmina Hewage, who also serves as this year’s President of the Debaters’ Council of Sri Lanka.

August 18, 2019 bythemorninglk No Comments
A cleaner who comes to work at six in the morning works according to the usual day schedule which is till five in the evening – an 11-hour shift with breaks only for meals.

How to own that unisex shirt trend

January 22, 2019 bythemorninglk No Comments
Shirts are easily the most versatile pieces of clothing you’ll find in your wardrobe.