* SL to play qualifiers in next T20 World Cup too

Both Sri Lanka and West Indies will have to pay the first round / qualifiers of the next T20 World Cup in Australia, from 16 Oct. to 13 Nov. 2022, as they are to finish outside the top eight teams in the ongoing World Cup in UAE. The winner and runner-up of this year’s World Cup plus the six other highest-ranked teams as on 15 Nov. will go straight to the 2022 World Cup Super 12. The remaining four in this World Cup, Sri Lanka, West Indies, Scotland, and Namibia, will have to play qualifiers next year. Notably, Bangladesh who lost against both Sri Lanka and West Indies this year gets a bye next year’s Super 12.

“If Afghanistan lose, we will pack bags and go back home,” India’s Ravindra Jadeja has said. Yes, if India are to reach T20 World Cup 2021 semis, Afghans are to beat New Zealand today (7) at 3.30 p.m. SL time at Abu Dhabi. Pakistan will play Scotland in Sharjah from 7.30 p.m. today in the Super-12 Group-2 dead rubber.

England and either Australia or South Africa to reach the semis from Group-1 while from Group-2, Pakistan will be joined by either New Zealand, India, or Afghanistan. Semis are on Wed., 10 and Thurs., 11 Nov. and the final on 14. 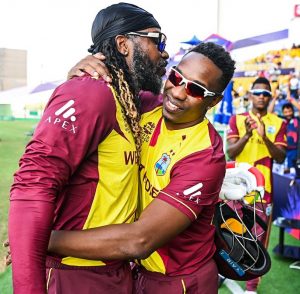 Australia beat West Indies by eight wickets in Abu Dhabi yesterday to keep their one foot on the tournament semi-finals. The match marked the end of glamorous T20 International careers of two Caribbean legends, Chris Gayle aka ‘Universe Boss’ and Dwayne Bravo.

Sri Lanka ‘A’ trailed by 225 runs with eight wickets in hand in their second four-day cricket match against Pakistan ‘A’ at Pallekele yesterday (6). It was at close of the third day of the match. 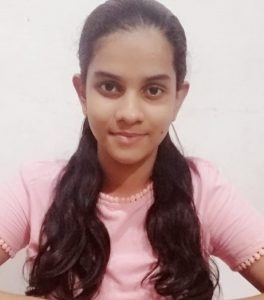 Royal Turf Club (RTC) is to draw its event plan for the year 2022 which will be released soon. RTC has reserved 16 April 2022 for Governor’s Cup, followed by 23 April for the Magic Million Cup. These two events are besides the remaining 13 race days that will be named according to the confirmation of sponsors.

“We were keen to hold events, but then it was obvious that things were beyond our control. The whole country was affected by the pandemic and now it’s glad to see we are in a position to make a comeback,” said Nisitha Rupasinghe, Treasurer, RTC.

Army and Tamil Union are leading the points table of the above tournament with three wins each. Yesterday, Army and Negombo recorded wins as three matches ended without any result. Five matches were called off even before the toss.

No result between Police vs. Galle at Police Park:

No result between Moors vs. Navy at Moors:

Second-half tries from Sexton, Aki, Ringrose, and Conway and replacement Healy closed out a 60-5 victory for Andy Farrell’s men at Edinburgh yesterday. Ireland No. 8 Jack Conan became the Player of the Match.

September 2, 2021 byRevatha No Comments
Our regular column, Into the Past with Thilak