SL vs. India limited-overs series: Dhawan to open with Shaw? 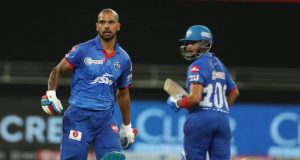 There is some debate over who will open the Indian innings when their three-match ODI series begins here on Sunday (18).

Under Rahul Dravid’s mentorship, India went with five batsmen who can open the innings.

Out of four openers apart from Nitish Rana, who can also open the innings, both Devdutt Padikkal and Ruturaj Gaikwad may have to wait, such reports had predicted.

July 14, 2021 byRevatha No Comments
A smart move by the authorities, at the right hour?