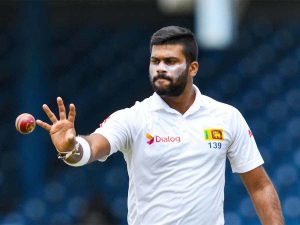 Only one possible reason for this player suffering now: Their continued appalling display in the middle.

SLC has allegedly struck off five “revolting” players from last week’s Sri Lanka ‘A’ and Emerging Teams’ residential training session for 26 players, which is being staged in Dambulla since Friday (25). The training session is scheduled to go on till 22 July.

Here are the five players who had been reportedly removed from the Sri Lanka ‘A’ training camp, with their proposed contract category and monthly salary:

The remaining 21 players who are reportedly attending the camp are:

Leading 24 national cricketers had agreed to sign their contracts following the ongoing England series only after SLC had reportedly given them an undertaking that their individual player evaluation forms will be made available to them following written requests. 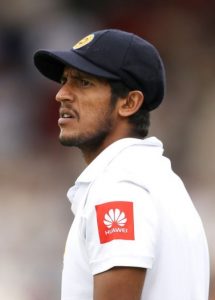 We have reported earlier too that leading current national players are to get at least a 35% salary chop under the latest contract scheme designed mainly by the Aravinda de Silva-led Technical Advisory Committee (TAC), of which Kumar Sangakkara, Muttiah Muralitharan, and Roshan Mahanama too are members.

The reasons is said to be Karunaratne’s involvement in leading the so-called player revolt over the said contract dispute.

Meanwhile factionalism, weak captaincy, and heavily personal approach towards their batting are considered to be the immediate reasons for the shocking display of the Sri Lanka team in the first two T20Is in England last week. 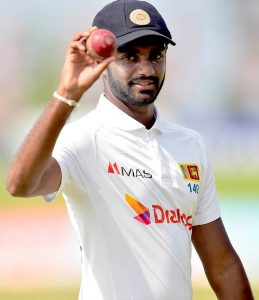 “There are at least three factions within the team and there is no unity at all. Kusal Perera is not one with a considerable captaincy experience. That was quite evident in the way he led the team and changed his bowlers in the middle when England were batting (in the first two matches),” revealed Sri Lanka team sources now in England, on the condition of anonymity.

“The main reason for the batsmen to not going for big shots is that what they want is to protect their wickets. They are playing a personal game. They are more worried about their place in the side and only want to have a reasonable personal score to save their place for the next match. They don’t take a risk to play hard and lose their wicket. Now nobody is certain about their place,” the above source further added.

It is a convincing argument as the two highest-paid players in the current squad in England, Dhananjaya de Silva and Niroshan Dickwella who are placed in the Rs. 1640,000 monthly salary, already lost their place once, in the final eleven in the first two games in England.

CPC set to run out of crude oil by early Jan.