SLC to reach a compromise with players? – Two more selectors appointed to put pressure on Pramodya 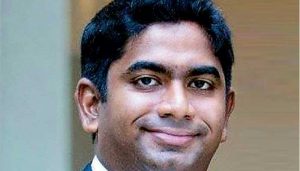 As the ongoing player-board dispute over the newly-introduced player contract scheme for 24 national cricketers, the players in unison have told Sri Lanka Cricket (SLC) yesterday (5), through their lawyer Nishan Premathiratne, that they are not going to sign the contracts until there is change in “the unsystematic and unrealistic” player categorisation which has “not been transparent”.

The players have also requested SLC, in a letter issued on Saturday (5), that they need to add some more names of players who have performed well but had not been contracted for the ensuing year.

Responding to the said query by the players, a senior SLC official told the Sunday Morning Sports on Saturday: “We need to see whether there is any injustice has happened to the players. The board and the players will most probably reach a compromise after the England tour.”

Meanwhile SLC sources revealed yesterday that two new names had been added to the existing three-member national men’s cricket selection committee. Those new members are Hemantha Devapriya and Ranjith Madurasinghe. The move has been made allegedly to nullify the influence of the committee’s present Head Pramodya Wickramasinghe. Romesh Kaluwitharana and Hemantha Wickramaratne are the other two members of the committee that was appointed on 9 April. Wickramasinghe initiated a new ‘youth policy’ during the series against West Indies and Bangladesh (both Test and ODI) for mixed reaction. Varuna Waragoda, Uvais Karnain, and Thilaka Gunarathne are meanwhile overlooking Under-19 and national women’s selection at present.

The second edition of the Lanka Premier League (LPL) 20-over franchise tournament, which was scheduled in May to be held from 30 July to 22 August, has been postponed till November-December this year, SLC sources added.

Meanwhile SLC officially announced on Friday (4) the appointment of Hashan Tillakaratne as Sri Lanka women’s Head Coach, with effect from 1 June, and Brett Harrop as Lead Physiotherapist, for two years from 21 May, in the Sri Lanka men’s national team. Tillakaratne was former Sri Lanka Under-19 Head Coach. Australian national Harrop had previously worked with the New Zealand and Bangladesh cricket boards.

March 9, 2020 byTSM Web Desk No Comments
The UK Armed Forces Cricket Association (UKAFCA) arrived to Sri Lanka this week, as part of their tour of India and Sri Lanka.