Slipping into the season: Saumya Thirimadura on her journey to success 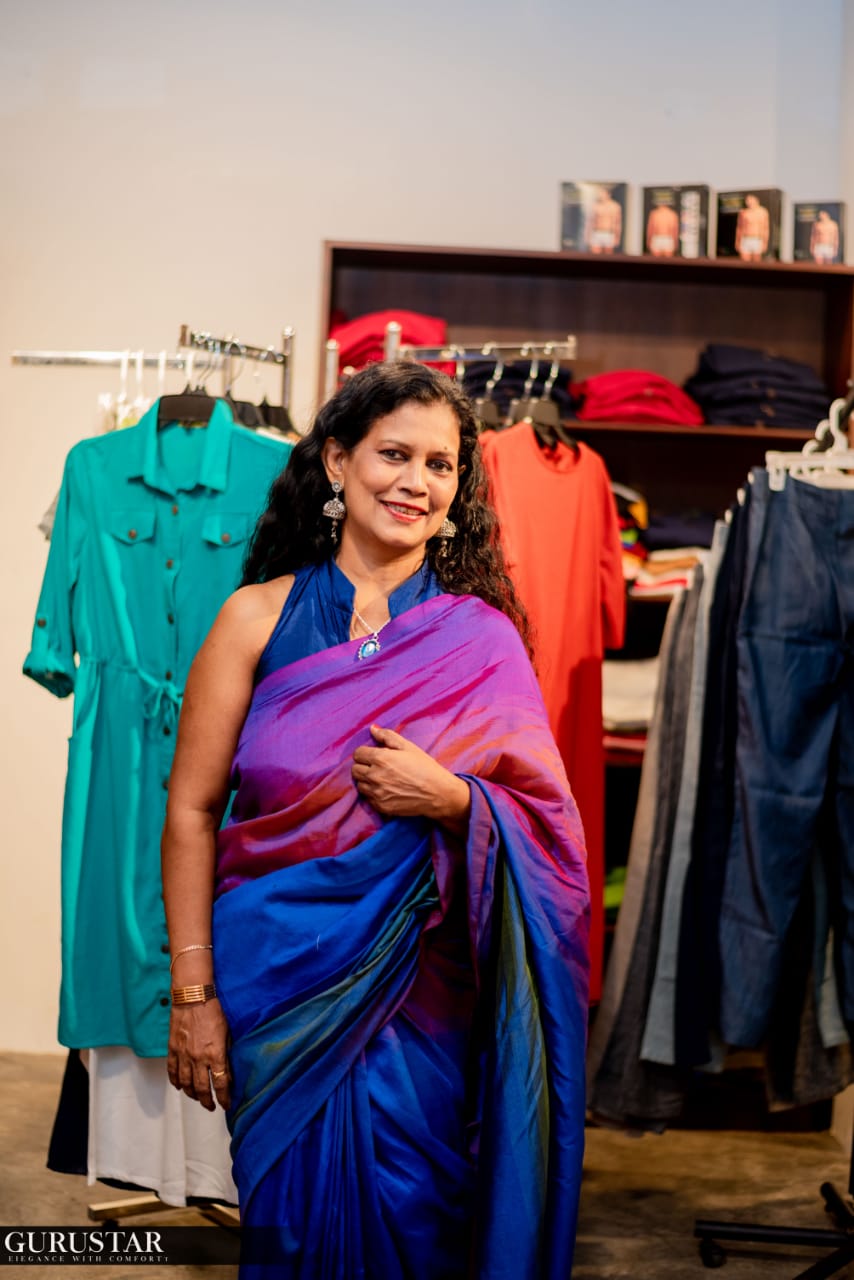 The entrepreneurial world is no walk in the park; not many can say that they made a name for themselves from nothing. The story of Saumya Thirimadura is one example of someone who started out her small business from nothing, and yet has gone on to achieve great things with her life through her passion and dedication for her work.

Saumya began her linen line, GURU, with almost no money to fund her dreams. Speaking to her on her inspirational journey, she explained that she had to take a loan to purchase her fabric, which she used to make clothes for her family and friends. Upon seeing her very first collection sell out, so much so, that she was in demand for more, she was motivated to purchase her very own sewing machine and kick start her career.

Explaining to us how she started off, she said: “I began as a female manager at a private organisation, when I decided I wanted to do something of my own. From there on, I saw that there was a huge market for linen clothes, so I decided to tap into it.” In 2012, she began making her first set of shirts and dresses after purchasing a roll of linen. She told us that at the time, she had almost no money in hand, which made this very difficult. She had to speak to a bank in her area and was initially denied a loan, so she was only eligible for an overdraft which she had to pay back in a month. She took up the challenge and stitched up about 30-40 shirts, and to her pleasant surprise, her clothes garnered a lot of attention from her relatives and companions who urged her to keep making more. She successfully paid off her overdraft with the profits she made and sought to take out a loan once she realised that she wouldn’t make a loss.

“I then purchased two sewing machines and hired two women to help with the manufacturing and stitching, and even the second batch of clothes sold out,” she commented. Saumya believes in empowering women, and right now, she added, she has many women from rural areas, who did not see a future for themselves, working alongside her. One of her goals in life is to help other women like herself, who came from nothing, make a name for themselves. 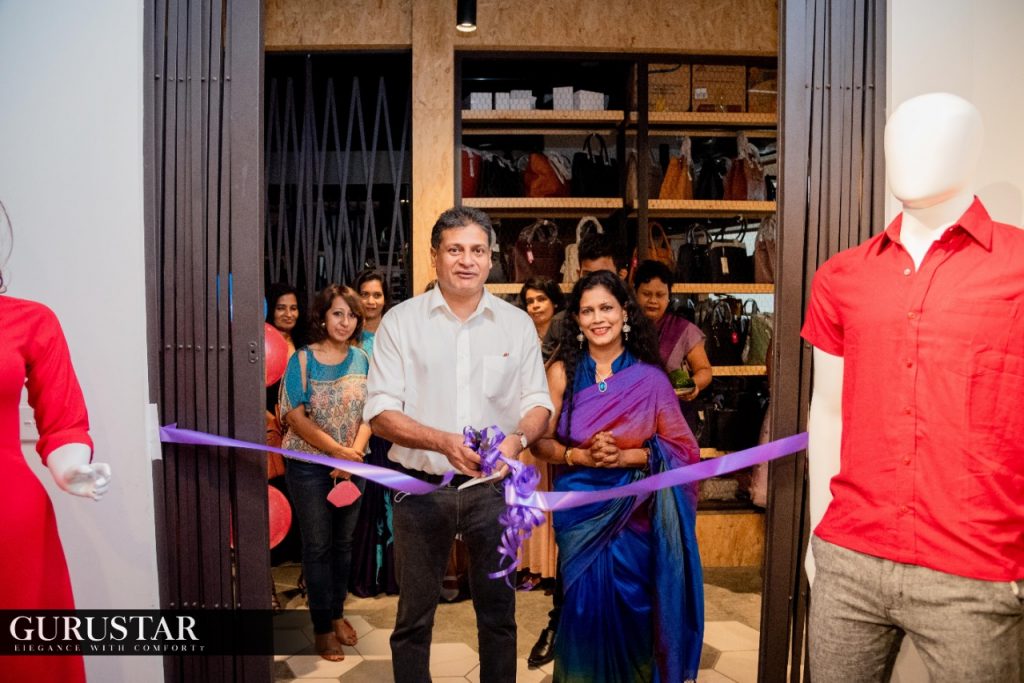 At the opening of the One Galle Face Mall outlet

Speaking about how her collection expanded from just tops to dresses, she commented that she went into a store and purchased a dress to get a feel of what was in demand. Once she entered the store, she saw how extravagantly priced dresses were in today’s day and age and thought to herself that she wanted to change that. Her brand, GURU, is an affordable range of linen clothes, in which she only keeps a very small profit for herself as she wants to provide her loyal customers with a very affordable clothing option that is of the quality that they demand. Her first line of dresses consisted of 500 pieces that she made with the help of her team, and sold them at half price.

Saumya stated: “In a week, all 500 pieces were sold, and I realised that this was also a good gift, and I will continue to do it. Women nowadays find it very difficult to afford clothes as they are priced for about Rs. 4000 a piece. All my pieces are priced at a maximum of Rs. 2000.”

After she had her work out there for a while, she was picked up by CAN Market organised by Creative Isle in collaboration with Colombo City Centre, which is a platform created to support micro entrepreneurs severely affected by the Covid-19 pandemic. She received a great deal of exposure from this market and then had to go her own way. She then opened up her own store at One Galle Face, Colombo and is successfully continuing on with her business. She also revealed that her brand name, GURU, comes from her son’s name, which is the same. “My son, and daughter Upeka, supported me through this journey and helped me come where I am today,” she added in a heartwarming tone.

Currently, she designs and helps manufacture a range of men and womens clothing that you can find at her store in One Galle Face. She plans to expand her collection more over the coming years and has thoughts of opening up more stores across the country.

Pasan Liyanage on the audio and commercial production industry

December 28, 2021 byNews Admin No Comments
Pasan Liyanage is an in-demand music producer, known for his talent of bridging the technical and creative aspects of a song on its journey from a raw track to a polished record.

‘I want to help women form a habit of self care’: Jen de Mel on pre and postpartum fitness

June 3, 2021 byNews Admin No Comments
Certified pre and postnatal fitness specialist Jen de Mel supports women in their journey from pregnancy, through the transition into motherhood and beyond, giving them the confidence to know that the