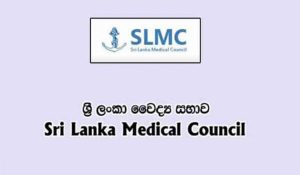 Two health sector associations, namely the Association of Medical Specialists (AMS) and the Government Medical Officers’ Association (GMOA), are at loggerheads over what has been termed the “current crisis at the Sri Lanka Medical Council (SLMC)”.

AMS on Friday (18) expressed concerns over the present issue faced by the SLMC, claiming that the current crisis was strongly linked to the trade unionisation of the SLMC. AMS President Dr. Lalantha Ranasinghe, issuing a media release, stated that the association was gravely concerned about the recent developments at the SLMC which we have come to know through mass media.

“We have noticed a gradual deterioration of the autonomy and forthrightness of this supreme institution meant to safeguard medical ethics and standards of medical education of this country. We notice that the current crisis is strongly linked to the trade unionisation of the SLMC. There is an imminent threat of a trade union taking reins of the SLMC which would mark the beginning of the end of ethical medical practice in Sri Lanka,” the statement read.

Dr. Ranasinghe had further stated that the failure to elect four medical specialists from the Specialists Registry of the SLMC to the council due to postponement of that election and the failure of successive governments to obtain parliamentary approval for minimum standards of medical education has weakened the medical council’s ability to maintain standards of medical education in Sri Lanka. “We further noticed that the Minister of Health has basically been held to ransom with a trade union action notice to get the Assistant Registrar of the SLMC suspended. To our knowledge, this is the first time in the history of the SLMC where the Minister of Health has used his/her power to suspend a SLMC official,” the Association stated.

As elaborated, the AMS believed that such a suspension should be preceded by a proper and impartial inquiry and not by the pressure of a trade union. “We have reasonable grounds to believe that these allegations against the said official have evolved around a great deal of lies and deception,” it was stated.

Meanwhile, denying all allegations levelled by the AMC, the GMOA alleged that the Association had not so far openly appeared for any issues faced by the medical professionals and suddenly have come forward now and are levelling various allegations to sabotage the present developments.

GMOA Executive Committee member Dr. Prasad Colombage told The Sunday Morning that they had not spoken about the issues at the SLMC to date and no pressure had been put on any in the Government to solve the issues. He also alleged that currently, the issues were being sorted and the Minister was trying her level best to solve the issue. The GMOA will give its fullest support to the ongoing investigations, he added. Attempts to contact SLMC Chairman Prof. Harendra de Silva proved futile.

February 6, 2022 byNews Admin No Comments
Many world leaders, heads of state and governments, foreign ministers, legislators, and other well-wishers extended their greetings and felicitations to Sri Lanka, its people, and the Government led b

Qatar temporarily suspends entry for travellers from 14 countries including SL

March 9, 2020 byTSM Web Desk No Comments
Qatar’s Government Communications Office said Sunday (8)  that in addition to Qatar Airways' announcement regarding flights to and from Italy, entry to Qatar is temporarily suspended for all those int