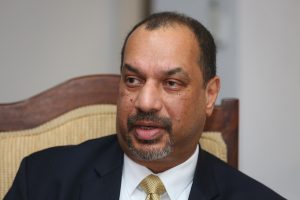 Minister of Tourism Development John Amaratunga made this appointment on Friday (15) following the earlier resignation of SLTPB Chairman Kishu Gomes.

The temporary appointment comes as a request from the Tourism Industry as the Tourism Promotions Bureau plays a vital role in promoting Sri Lanka as a tourist destination globally, SLTDA said in a press release.

Jayaratne has served as the head of SLTDA since May this year and has a background in the aviation sector.

Do not prioritise economy over health: Dr. Dushni Weerakoon

December 16, 2020 byNethmi Liyanapathirana No Comments
Ensuring the normalization of economic activity must be balanced with containing the spread of Covid-19, as prioritizing the economy over health could be detrimental in the long run, according to..

October 20, 2021 byNews Admin No Comments
Recovering demand for transportation fuels in Asia Pacific (APAC), increased use of gasoil as a feedstock for power generation, and gasoil export quota cuts from China have been driving the rebound in