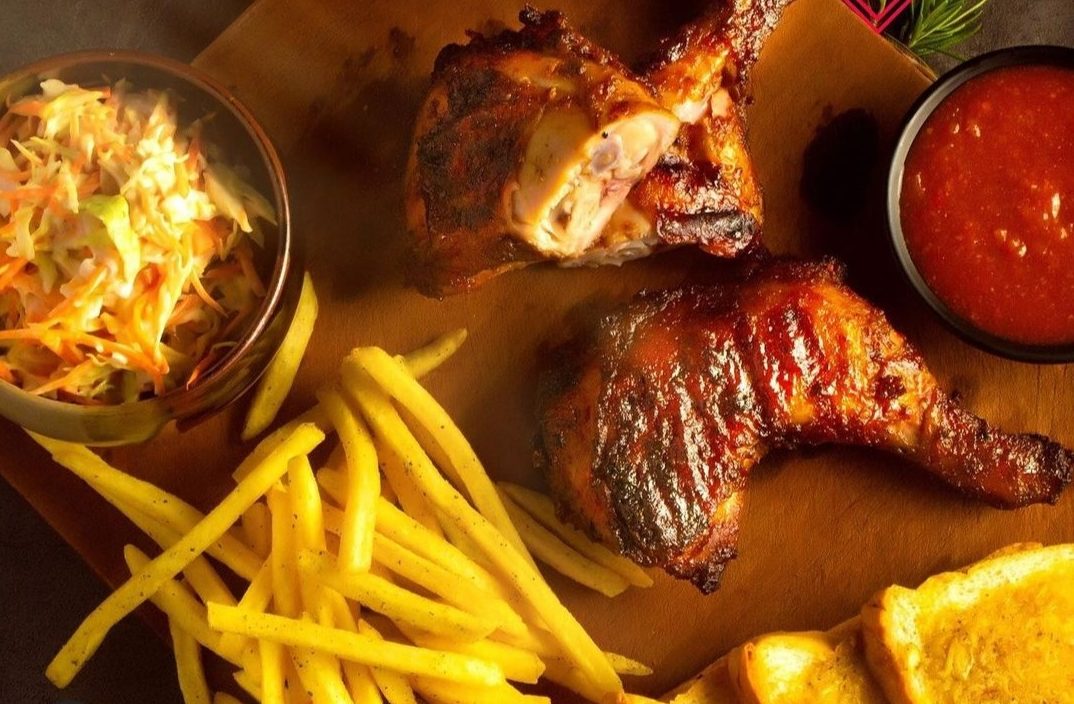 Smoke’n Cheese: An explosion of flavour 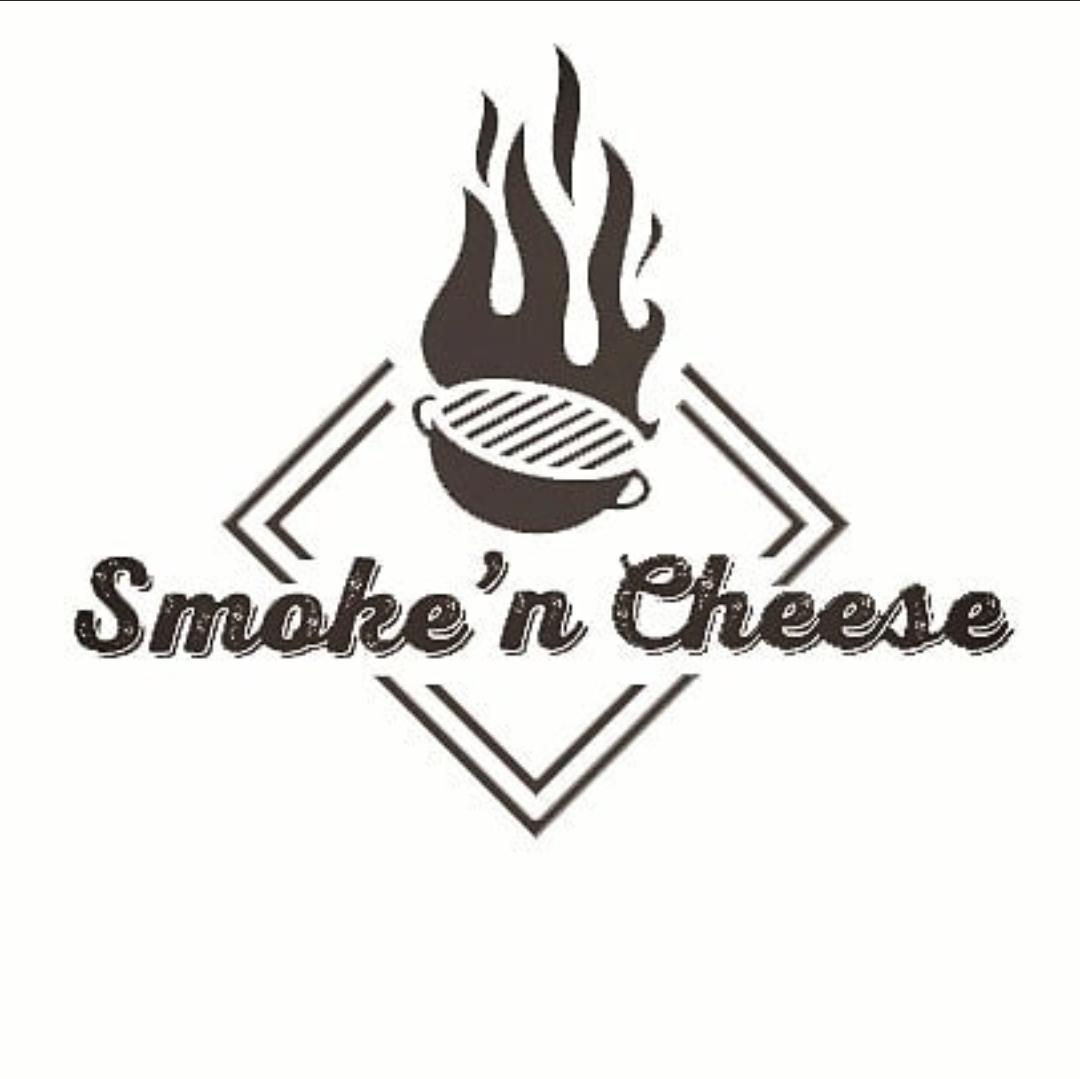 Smoke’n Cheese is a relatively new restaurant that currently only offers takeaway and delivery. They are well known for being one of the very few restaurants that offer smoked meat, which is an art of cooking that adds an interesting flavour to food. Smoking meat seals in a specific flavour in food, improves the appearance of meat, and helps preserve it for longer.

Brunch had the opportunity to try out some of their signature meals. The flavour notes that come from smoking are an acquired taste; while some may find it to be too overpowering, we found that it heightened the taste of the spices the meat was marinated in.

Talking about their dishes, they have a few unique dishes that we had never tried before. The first meal consisted of french fries, two slices of garlic bread, a generous serving of coleslaw, and the highlight of the meal: A smoked chicken leg. When taking the price point into consideration, it may be a tad heavy on the wallet, but it is a very specialised art, and definitely something to indulge in.

One thing we must heavily emphasise is that the food can just be consumed hot; unfortunately, the restaurant was experiencing a decrease in drivers due to the downpour of rain, so the food wasn’t as hot as we’d like, which meant the flavours weren’t as strong, but it still worked.

The fries were sprinkled with dried herbs, which is always a welcome addition, but unfortunately the garlic bread was a little underwhelming. It seemed to be two slices of sandwich bread with a very mild garlic butter slapped onto it. Although, we did have the garlic bread with the chicken, so we supposed that the mild garlic flavour combined well with the rich sauce the chicken was coated in. 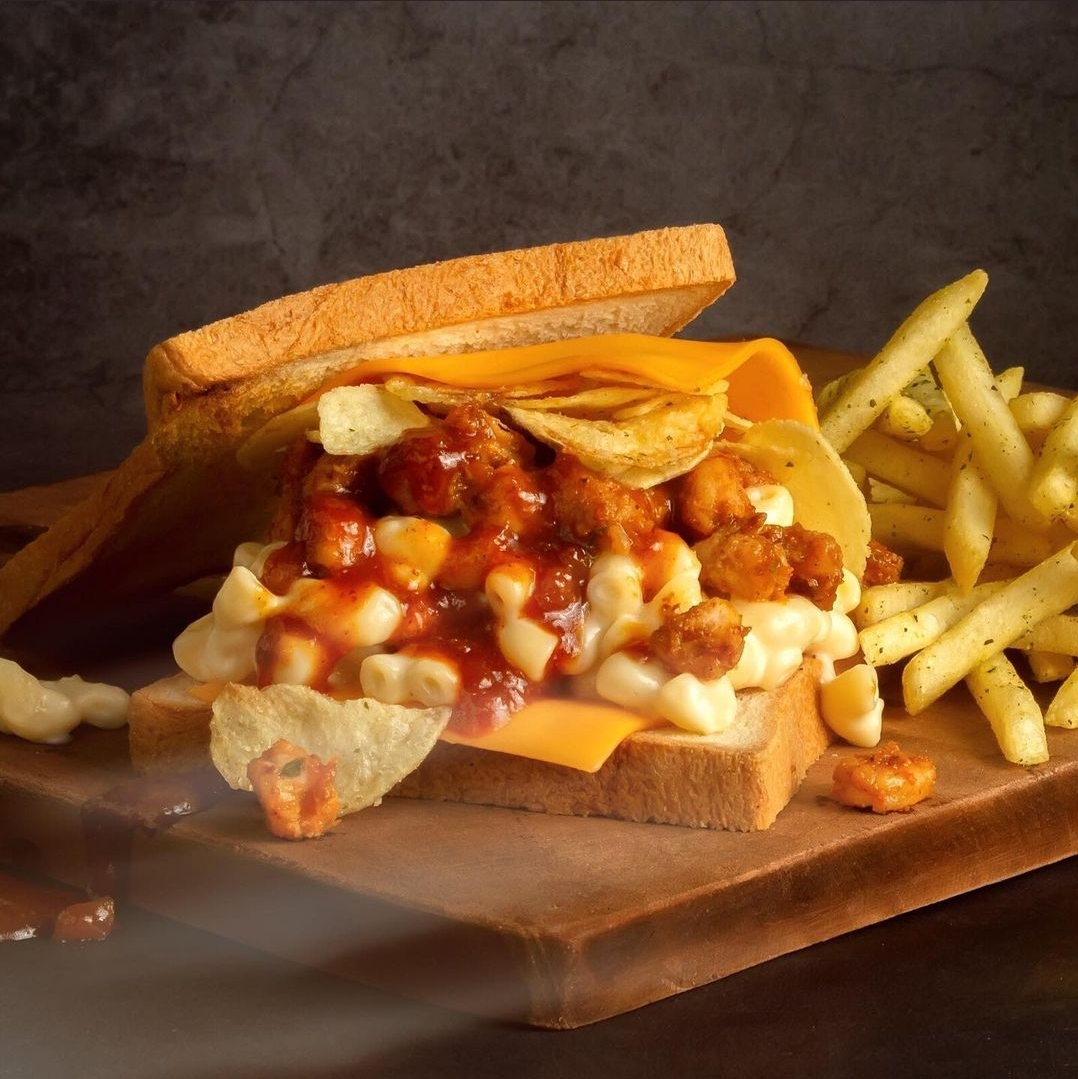 The Mac n’ Cheese sandwich with a homemade BBQ sauce

We must commend the portion size of the chicken – it was quite generous and served alongside a BBQ sauce. The BBQ isn’t a necessity, as the chicken thigh itself was dripping with its own sauce, but we must note that both the sauces were two contrasting flavours; while the chicken had a smokier, robust taste to it, the BBQ sauce had a undertone of cooked mango.

It was heavily on the sweeter side, which was our only disappointment. Personally, we’d have preferred a bit of a kick, but keeping aside the extra sauce, it is bearable for those that don’t have any sort of sweet tooth. The coleslaw was the perfect balance to this rich meal, as it provided a great cooling factor after all the heavy sauces one just consumed.

Next up, we had their signature sandwich: The Mac ‘n’ Cheese sandwich with a homemade BBQ sauce. This one’s a messy indulgence, so be prepared to have it spill out! It’s essentially a rich Mac ‘n’ Cheese with two layers of sliced cheese, topped with crisps and bite-size pieces of chicken with a spicy sauce.

It was an incredibly filling meal; although it may not look like much, it will leave you feeling stuffed. The only downside of the meal, again, was the sweetness that came into play – a bit overwhelming, considering it is marketed as a spicy sauce, but it is cut down by the ample amount of cheese. Yet another dish that absolutely must be eaten hot for the full experience.

We washed it all down with one of their specialised mojitos: Miami Blue. Staying true to its name, the drink was a brilliant shade of blue and came with many little lime quarters and the usual mint leaves. It was a great refresher and we enjoyed it.

So if you’re ever in the mood for a good BBQ meal, especially while keeping in mind the need to stay safe amidst the current situation, this is a great option for you.

Do Sri Lankan businesses care about being inclusive?

September 27, 2020 bythemorningeditor1 liberty No Comments
An incident took place recently at a well-known establishment where an openly identifying member of the LGBTQ community was denied entrance to the establishment based on her “appearance”.