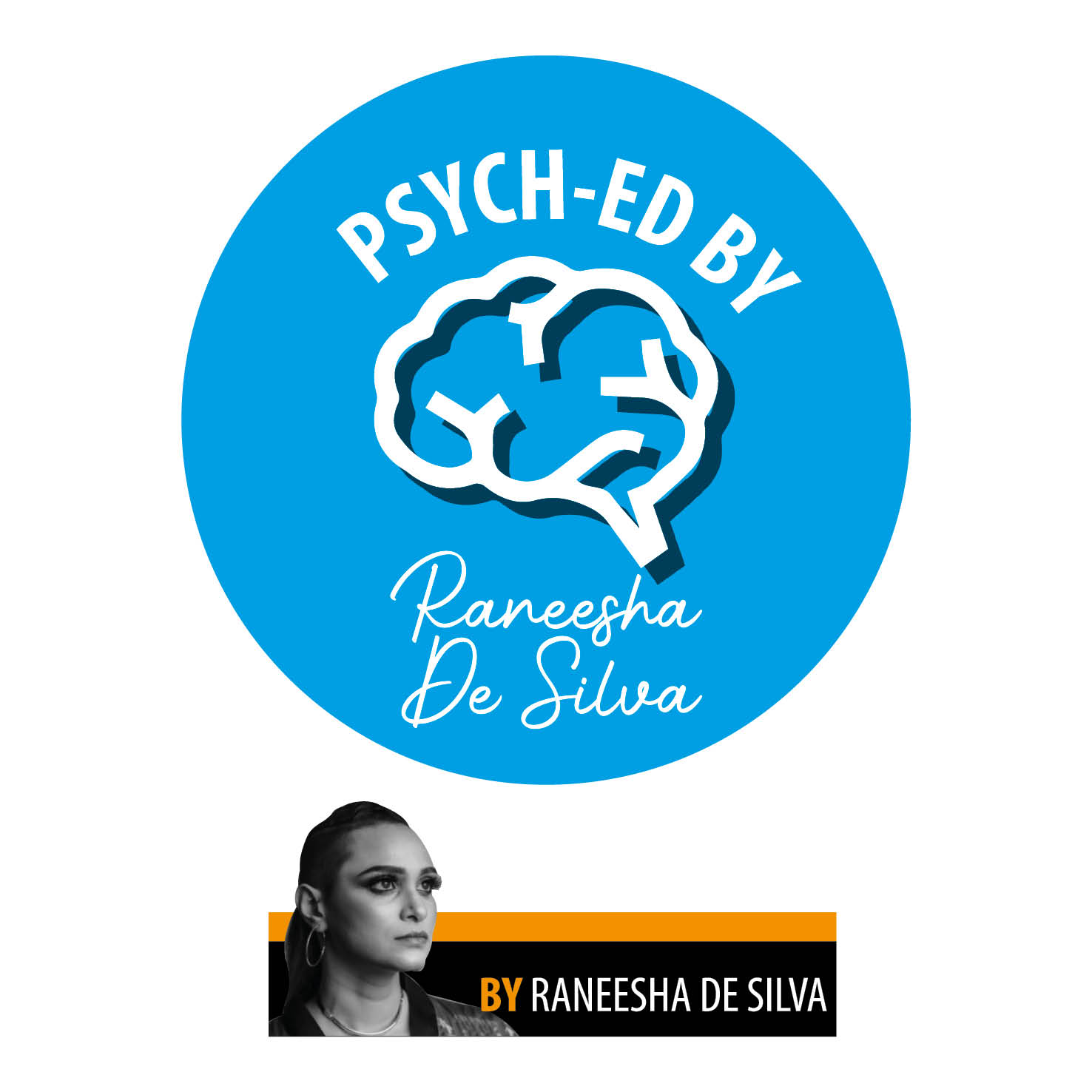 Whenever someone is being over the top, it is customary for us to say: “සයිකො කේස් එකක් බං!” (S/he is a psycho case, dude!) right? This terminology could either be derived from the words “psychosis” or “psychopathy”.

Psychosis as a diagnosis is a state of mind (i.e., having lost touch with reality – false beliefs, seeing, hearing, feeling, and/or smelling things that do not exist), which is often referred to by non-medical professionals as “පිස්සු” (crazy). Psychopathy, as conceptualised by Dr. Robert D. Hare, consists of personality traits and behaviours such as superficial charm (commonly known as හැට හතර මායම්), narcissism (අධිමානය), lack of empathy (සහකම්පනය) and/or remorse (පසුතැවීම), reluctance to accept responsibility for one’s actions, restricted expression of emotions, pathological lying (ව්යාධිජනක ලෙස බොරු කීම), calculating manipulativeness (කපටිකම), and impulsivity (ආවේගශීලීත්වය), etc.

It is undebatable that aforesaid characteristics can often be witnessed in perpetrators who have committed very serious crimes. Psychopathy is frequently discussed related to crimes such as grave sexual abuse, serial killing, and torture, etc. But is that only when you have witnessed or experienced these personality traits and/or behaviours in people? As reiterated by Dr. Hare himself in his co-authored book, Snakes in Suits: When Psychopaths Go to Work, psychopathic traits and behaviours are brazenly displayed in the working context of modern-day corporate organisations.

In contrast to the criminal justice system, psychopathy in the business community is not only more widely accepted, but rather even encouraged and rewarded. It is considered a “necessary evil” to achieve unrealistic demands in a highly competitive, fast-moving, tech-driven world. If anything, certain well-reputed companies seek candidates with apparent psychopathic traits as their “best fit”.

This of course comes with an underlined disclaimer exclusively for men – to state, in colloquial terms, a driven and passionate man is “boss material”, whilst a go-getter woman is considered to be an “uptight b*tch” (a topic for another day, hey?!).

How come and since when did psychopathy become a “necessary evil”? As much as the following statement may falsely glorify psychopathy, organisations view it as the “survival of the fittest”, especially in managerial positions where one is expected to prioritise organisational development over employee personal welfare.

In comparison to individuals with elevated psychopathic traits in the criminal justice system, the disruptive conduct of individuals with elevated psychopathic traits in the corporate sector is subtle and intangible. This does not in any way imply that the psychological, physical, social, and/or financial strain caused by them is any less significant. However, it rarely warrants the attention of policymakers or the public, unless gross injustice had taken place.

A recent example in Sri Lanka during the initial lockdown period was when a reputed e-commerce company overly priced essential food items listed on their website. As a result of public outcry, the respective authorities intervened. Yet, investigations and subsequent penalties are slow for white-collar psychopaths, as the extent and nature of their actions are not considered to be of grave and direct harm (the scenario of the missing smoking gun).

If you are to take a moment to reflect on the actions (e.g. sweatshops) of your beloved and celebrated big-shot entrepreneurs and CEOs, you would find eerily similarities between their conduct and some of the most evil serial killers in the world.

“Serial killers do, on a small scale, what governments do on a large one. They are products of our times, and these are bloodthirsty times.”

As much as professionals advocate to normalise discussing and supporting mental health difficulties of oneself and others, this should not be misinterpreted as an encouragement to diagnose yourself. It is not the “new cool” or an accessory (with the exception of cosplay), period. Simply because you have certain personality traits described under the term “psychopathy” does not mean that you are now a psychopath, unless otherwise determined by a qualified and trained professional that you have satisfied requirements to be presented with a diagnosis.

Most importantly, and as emphasised earlier, psychopathic traits are not necessarily negative. With appropriate guidance and support, an individual can truly succeed in one’s professional and personal life whilst ensuring civil liberties of others.

(The writer is a forensic psychologist based in Sri Lanka who currently leads a QR-GCRF-funded research project regarding post-crisis disaster management of armed forces. She has research and clinical experience across a maximum-security prison, military hospital, and high-secure hospital. Her research interests include trauma and recovery, bullying, callous and unemotional traits, psychopathy, and serial homicide)

March 12, 2021 byNews Admin No Comments
RARE India has partnered with Eco Team, based in Sri Lanka, in order to promote responsible and conscious luxury travel across Sri Lanka, India, and its subcontinents.

The quality of sleep

October 13, 2021 byNews Admin No Comments
We spend one-third of our lives sleeping.

You read it right.