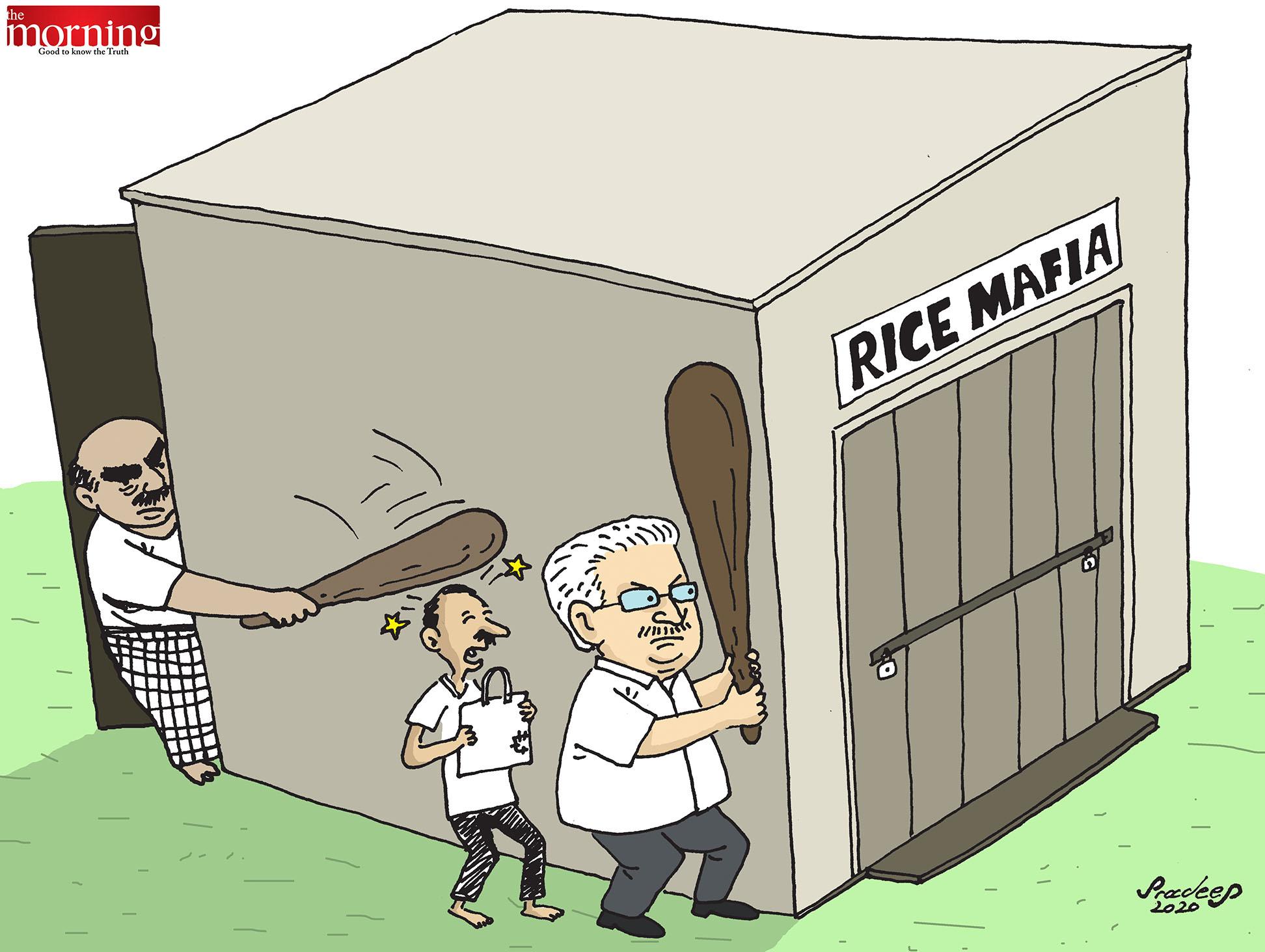 With the increasing prices of vegetables and rice, members of the All Island Restaurant Owners’ Association (AIROA) have increased the price of a lunch packet by Rs. 10 with effect from 1 January.

A quick analysis indicated that the price of a rice packet now ranges from Rs. 150 to Rs. 200. If a consumer is to purchase a packet of rice and curry with chicken, one would have to spend Rs. 200, while a rice and curry with vegetable or eggs can be purchased at Rs. 150.

Rice packet vendors, in order to cater to the requirements of their customers, still try to maintain four varieties of vegetables in each rice packet, but the quantity that they would usually add to the rice packets seems to have reduced.

The increasing cost of living is severely impacting households and food vendors, and it seems that the tax reductions have still not cascaded to the general public as they are still paying high prices when purchasing goods from retail outlets. 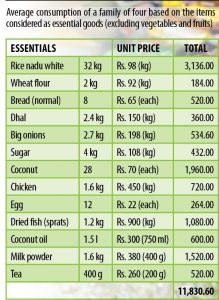 “We are a household of three and on average we spend about Rs. 1,000 a day to buy the household provisions. With the vegetable prices increasing, we have cut down the quantity of vegetables we add to our meals. If we purchased 250 g of a certain vegetable, now we only purchase 100 g. For instance, our lunch will consist of rice, dhal, another vegetable, and TVP/fish/dried fish. Fish is added once a week as it is too expensive to eat every day,” explained Jayanthi Kumari, a housewife.

According to Kumari, the family only drinks milk tea in the morning while they drink black tea in the evening. When asked as to why they are not purchasing household provisions in bulk, Kumari stated that given the recent price increments, it is becoming a challenge to make bulk purchases.

“I would rather worry about daily expenses than spend a massive amount of cash at the very beginning of the month,” she said.

Kumari’s household spends close to Rs. 7,000 per week to purchase provisions, and apart from that, the utility bills and LP gas purchases would cost between Rs. 4,000 to Rs. 5,000.

But the main contributing factor was the high prices of crop seeds. Therefore, the farmers had not cultivated sufficient vegetables to meet the demand of the market. 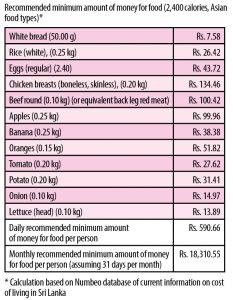 When inquired as to what substitutes were used instead of the regular vegetables by restaurant and canteen owners during the vegetable shortage, Sampath stated that they have been replacing the vegetables with chow chow (chayote squash), bottle gourd, pumpkin, mango, and cabbage leaves and vegetables that are discarded by the Manning Market to prepare the meals.

“Even the prices of alternative foods such as textured vegetable proteins (TVP) were high, so we could not afford to even add TVP to the lunch packets that were sold. Even the coconut sambol is made out of the grated coconut after being used for coconut milk. Given that the prices of vegetables are too high, we have no other option but to provide substandard food,” Sampath pointed out.

He further stated that tax reductions announced on potatoes are still not applied to the pricings in outer Colombo areas.

“While today, the price of a kilogramme of potatoes stands at Rs. 80 in the Manning Market, if you try to purchase a kilogramme outside, it would still cost Rs. 140-150. The tax reductions, therefore, are still not applicable to the common man, and the middle man seems to be making the most out of these price reductions.”

Sampath also suggested that the Government should introduce a mechanism to control these price differences, and stated: “At least they should announce the prices of essential goods to the public, so that they would know if the retailers are selling goods at high prices.”

The Sunday Morning contacted State Minister of Investment Promotion and Government Spokesperson Keheliya Rambukwella to inquire what steps the Government has taken to control the soaring cost of living.

“The increasing cost of living is an issue we are taking into very serious consideration. The next harvest is just about a week away and until that harvest, all vegetable and rice stocks are being manipulated. Hopefully, in the next two weeks, we will be in a better position to take control of the situation,” Rambukwella responded.

Rambukwella noted that the cultivation was affected by the drought and heavy rains this time around. Moreover, the farmers were not given a guaranteed price for their paddy crops, which allowed some of the market manipulators to purchase paddy stocks at a rate of Rs. 25-32. These manipulators had later stored these paddy stocks, releasing it to create a demand within the local market.

“With the upcoming harvest, we will be setting up a mechanism to maintain sufficient vegetable and rice stocks and take control of the situation,” Rambukwella opined.

Sunny Side Up: Laws for cannabis cultivation?

June 26, 2021 byNews Admin No Comments
In order to address the ever-growing parking crisis within Sri Lanka’s major cities, the Government has made plans to introduce multi-storey car parks in Colombo and other selected cities.