Sometimes I have to pinch myself: Shyam Selvadurai

October 25, 2020 by Dimithri Wijesinghe No Comments

Sri Lankan-born Shyam Selvadurai’s first novel, the highly acclaimed Funny Boy, was first published in 1994. It won the WH Smith “Books in Canada First Novel Award” and the “Lambda Literary Award” in the US, and has since been translated into other languages and has been adapted into a feature film.

Set in Sri Lanka in the ‘70s and ‘80s, the story is a coming-of-age story through the eyes of young protagonist Arjie (portrayed by Arush Nand and Brandon Ingram), set to the background of escalating political tensions between the Tamils and the Sinhalese. 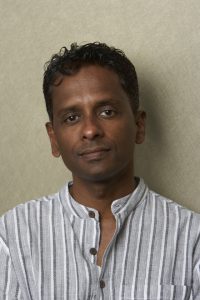 Funny Boy has since been acquired by Ava DuVernay’s ARRAY and is set to have a theatrical release in Canada and selected cities in the US, while it will be distributed internationally via Netflix on 10 December.

A highly anticipated adaptation and an important literary masterpiece very close to our hearts, Funny Boy is sure to be a hit amongst Sri Lankan audiences. In anticipation of the film’s release at the end of this year, we reached out to Shyam to share with us his thoughts on Funny Boy getting adapted into a movie nearly three decades after its first release to be viewed by thousands of young audiences who have an entirely new perception of life than his imagined protagonist.

How involved were you in the process of writing the script and the subsequent filming of the movie?

The genesis of the movie was my writing the screenplay of Funny Boy. I had seen a number of attempts to adapt the book, but those screenplays, I felt, tried to put too much of the book into the film and also weren’t able to balance the violence along with the personal stories. Often, the violence in those screenplays overplayed the personal stories. In the novel, you have Arjie’s narrative consciousness that knits together the disparate stories, but in film you don’t have that interiority and so one must focus on Arjie’s personal story that is contained in the first and last stories.

I sent it to my agent on a lark and much to my surprise, he really liked it and said: “Let’s send it out.” Deepa was first on my list. I knew she loved the book and we had already done a radio play based on the Radha Auntie story. So we sent it to her and she said she was interested, but she wanted a “big change”. I met with her, nervous about what this “big change” might be, and after we had ordered our coffees, she leaned towards me and said: “Shyam, you’ve gone too far from the book. You need to come closer to it.” Well, after that I trusted her completely and we worked on the screenplay, draft by draft. Deepa is an excellent editor. She knows how to give a note in such a way that it leaves room for the writer to come up with a creative solution. So I would go away and work on whatever it was that she required and email the script to her.

Her first reaction would always be enthusiastic, like “it’s fantastic!” But then, within hours, she would come back with suggestions for change and I would incorporate those. It truly was a great experience working with her. She was always open to suggestions and would always consult me on casting. She listened when I suggested Nimmi Harasgama and Brandon Ingram as well as other cast members and tried them out. So I was very involved in the whole process from start to finish, and was very grateful she allowed me to be. It’s not necessary or required that the writer be involved; it’s quite the norm for the writer to hand in the screenplay and that’s it. Next time you know anything about it, you’re sitting in the cinema watching it.

Were there any specific requests you insisted on when it came to the adaptation?

No. There didn’t seem to be a need to put in specific requests as I was involved from beginning to end. Also, if you want to be a screenwriter, you must accept that film is a director’s medium. I accepted that from the beginning. After all, I have my novels in which it is my singular vision. In the end, my job was to shape the screenplay to the director’s vision, and this I accepted and believed in. And when Deepa went to Sri Lanka for pre-production, I handed the screenplay over to her and backed off. I wanted the best possible film and that meant leaving her to live and dream in the film, without my voice like an annoying fly buzzing around.

The film is being directed by Oscar-nominated Indian film director Deepa Mehta. Did you have any concerns at all with your story based in Sri Lanka being handled by someone who is not Lankan themselves?

No, none. She had made two films in Sri Lanka already and knew the place well, and also the Colombo milieu the film (and novel) takes place in. She’s also really good at melding the political and personal, and so I knew she would do all that justice in the film. I was there working on the screenplay and writing scenes to show the political and social reality of Sri Lanka, and taking a request of hers and writing the scene in a way that was very authentically Sri Lankan.

Was it important for you to cast Sri Lankan actors in the main roles? What are your thoughts on the performances of the leads?

I really wanted the leads to be Sri Lankan as far as possible. But not just any Sri Lankans. I wanted actors who were familiar with the Colombo cosmopolitan – the multi-ethnic milieu in which the film (and novel) takes place. It still feels like a dream come true that we were able to get actors familiar with this milieu and I loved their performances. There is an authenticity to gesture and accent and movement that you can’t find any other way. And for them, this is their story. Nimmi’s mother is Tamil, and since we’re raised in our mother’s culture, this makes her effectively Tamil. So she knew firsthand that Colombo Tamil milieu and turned to her mother to get the Tamil right. Like for me, 1983 was very personal for her because of all her beloved aunts and uncles and cousins who were affected by it.

Have you had an opportunity to screen the finished product? What do you think of the overall movie? Does it capture what you intended through your novel?

Yes, I have seen it; Deepa arranged a special screening in a theatre for me, my partner, and a few other people. Despite being so close to the film, I found it almost unbearable to watch towards the end during the riots scenes, and nearly left the theatre. This told me that we have made a great film. When I saw my name in the credits, it was magical. I turned to my partner and whispered: “It’s real, it’s real.” Most writers never get their novels made into film. Most adaptations are a disappointment. Sometimes I have to pinch myself; it feels so unreal, that one, my novel was adapted into a film, and two, it was so perfect!

Speaking of your general thoughts on book-to-novel adaptations, do you believe what an author intends via their novel can truly be captured through a different medium such as film?

Yes, it can be captured. Funny Boy is proof!

February 1, 2022 byNews Admin No Comments
Hailing from a family with a wholehearted appreciation for music, Nikhil D’Almeida too was inspired by the variety of musical influences that was a part of his childhood so it was the next natural ste

Eat fit while you keep fit

October 9, 2019 byThe Sunday Morning No Comments
The Daily Staple, situated on Dutugemunu Street, Pamankada, Colombo, opened its doors to their fitness-enthused patronage of High Octane Fitness as well as the general public on 3 September.