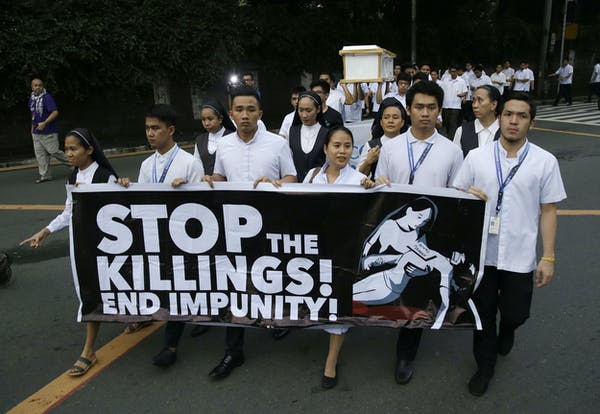 Just five years ago, many people were optimistic that Southeast Asia had finally turned the corner when it comes to democracy.

These were seismic political shifts. More importantly, both changes in power took place after free, albeit not completely fair, elections. There was no bloodshed involved.

Today, that optimism has gone.

Much of the world’s attention has been on Myanmar’s implosion following the military coup in early February, which has resulted in scores of civilian killings and disappearances. But democracy has been rolling back across the region.

In Thailand, we are seeing the return to a monarchy-military rule with the new king, Maha Vajiralongkorn, demanding changes to the constitution to grab more executive powers for himself and take direct control of Crown Property Bureau, which manages the royal fortune.

In the process, he has become one of the richest monarchs in the world, with wealth estimated at between $ 60-70 billion.

Crackdowns under Thailand’s infamous lese-majeste law (better known as 112) have intensified. People are regularly targeted under the laws for anti-monarchy social media posts, and last year, the Government took legal action against Facebook and Twitter for ignoring requests to remove content it deemed against the law.

In the Philippines, Rodrigo Duterte took power in June 2016, and started a popular campaign against drugs that has led to the deaths of some 12,000 people.

Duterte has also gone after the media for reporting on the killings, with one high-profile Government critic being found guilty of libel last year. The country’s largest broadcast network, ABS CBN, was shut down by allies of Duterte in Congress, as well.

Optimism over the Malaysian Spring is completely gone. A year ago, the reformist Pakatan Harapan Government collapsed and a new, all Malay-Islamic coalition came to power.

Given Malaysia’s multi-ethnic and multi-religious society, this backdoor establishment of Perikatan Nasional is not a positive sign for democracy.

Then, last month, the Government declared a state of emergency and suspended Parliament for six months. Many believed this was done to prevent the opposition from mounting a challenge to the new Government.

Singapore, the richest State in the region, stubbornly remains under the stranglehold of the People’s Action Party, which just won another election last year. The PAP has been in continuous power since 1959.

The only bright spot in the region appears to be Indonesia. But there are dark clouds on the horizon. President Joko “Jokowi” Widodo appears to be backtracking on reforms and pandering to the Islamists, who are keen to make Indonesia into a quasi-Islamic state.

Why is democracy so fragile here?

All this is happening in the midst of China’s determination to position itself as the dominant power in Southeast Asia.

Beijing has sent a clear message that it does not really care what sorts of regimes or political systems are running the countries of Southeast Asia, as long as they acknowledge China as the undisputed regional power, and do not question its sovereignty over the South China Sea.

This, of course, has indirectly strengthened the hand of the anti-democratic forces in the region, with some openly admiring the Chinese “strong State” system.

The pro-democracy camp, meanwhile, faces a sizeable dilemma. On the one hand, its supporters have been hoping for more help from the West, principally the US and Australia, to promote democracy in the region. On the other, they are worried they could be accused of being Western agents, driving people into the hands of the autocrats trumpeting populist nationalism.

Another challenge is the diversity of Southeast Asia. There is no single template or historical model for a stable and democratic political system in the region.

Most of the countries were colonised by European powers, who imposed their different political ideas on the societies they controlled. The one thing the colonial rulers did not do was promote democracy. They only did this after their former colonies became independent.

And by global standards, many of the nations in Southeast Asia are relatively young. Most of them were created after the second world war, and their boundaries and political systems were largely decided by their colonial masters.

This means the process of nation-building is ongoing, and the West should not assume these countries naturally aim to build liberal democracies.

In many of these countries, traditional power – often autocratic, feudal, and authoritarian – lies just beneath the surface. In fact, many elites within them have ambivalent attitudes towards liberal democracy.

While they accept the concept of mass elections to choose political leaders, they also believe in the concept of “guided” leadership to elect the “right” kind of leaders.

Indonesia’s first leader post-Indendepence, Sukarno, for example, was famous for practising a “guided democracy”, in which the Government would force a political consensus and ensure elections were used to legitimise leaders hand-picked by the regime.

This is why cheating, vote buying, and rigging the ballot box are common features in Southeast Asian elections – they are sometimes seen as justified to get the “right” kind of leaders.

There are no easy answers to the promotion of real democracy in Southeast Asia. We may simply have to wait for a generational shift before this takes root in the region. Young people do yearn for real democracy, but at the moment, they do not hold the guns or control the Parliament.