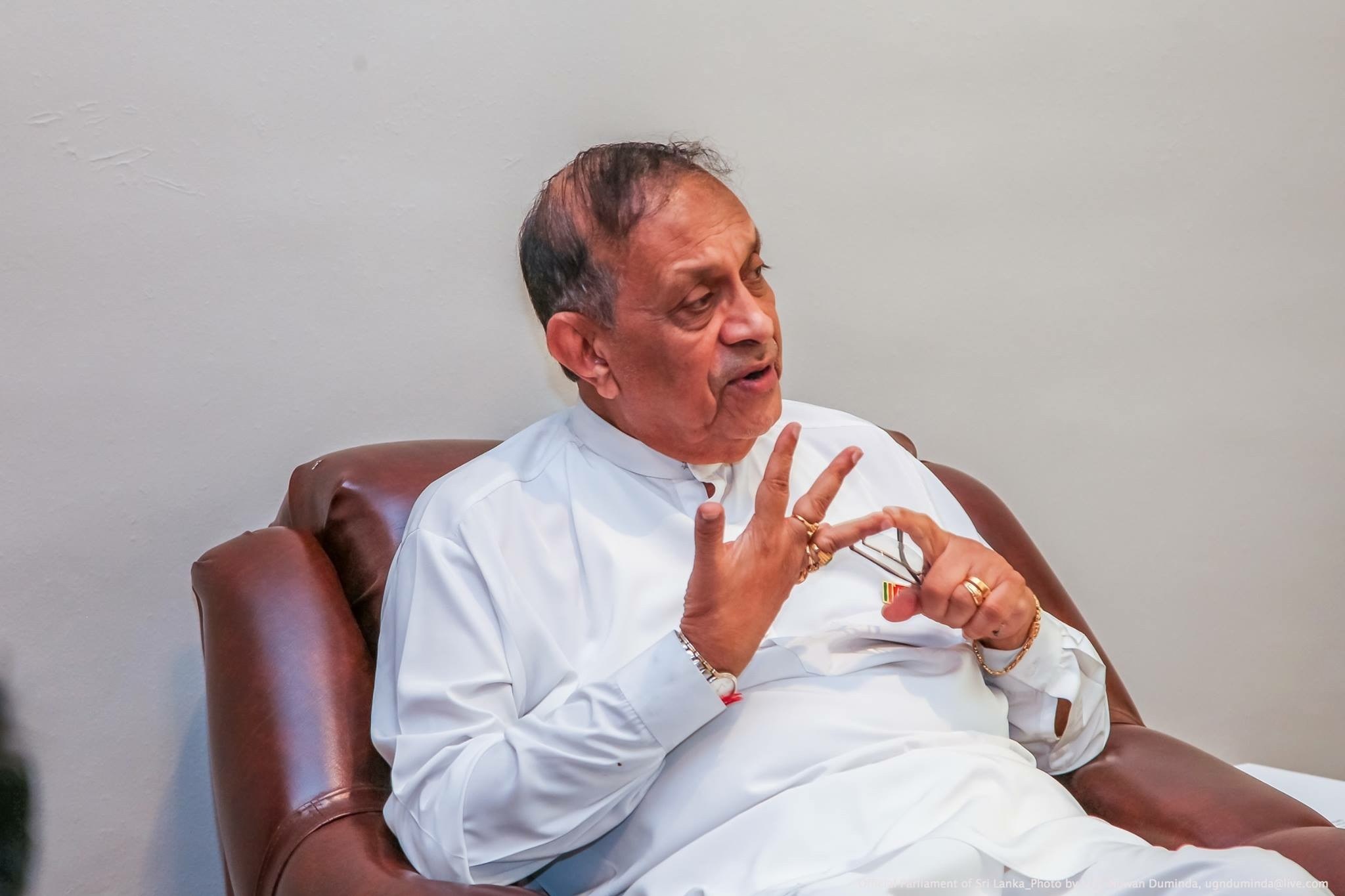 Speaker Karu Jayasuriya today decided to reverse his earlier decision to give the new Government seats allocated to the Government in Parliament.

Jayasuriya said that he will keep the status quo which was in Parliament before it was prorogued, when Parliament reconvenes.

Jayasuriya said: “Even though I have remained silent so far at a time our motherland is embroiled in an unprecedented crisis,   I consider it my paramount duty to act in accordance with my conscience for the protection of rights and privileges of the majority of the Members of Parliament including the Leader of the Opposition of the Parliament and the prevention of the destruction of democracy that we have safeguarded up to now.

I am of the opinion that the request submitted to me under the hand of 116 Members of Parliament of the United National Party, the Tamil National Alliance, the Janatha Vimukthi Peramuna and the Muslim Congress stating that the decision made by His Excellency the President was unconstitutional and undemocratic and as they are not in agreement with the said decision that the Parliament should be summoned forthwith and seek approval thereto is extremely reasonable.

When I met His Excellency the President on 01st of November, he conveyed to me that he would pay attention to the request made by me to summon Parliament and would brief me on the evening of that day itself.

Though it did not materialize, he contacted me over the phone the following day around 10.30 a.m. and informed me that the gazette notification proclaiming the summoning of Parliament on 07th November would be issued and during a meeting with the ambassadors of Japan, France, the U.S.A. and Afghanistan in the morning of the same day, His Excellency had reiterated that Parliament would be summoned on 5th November.

The Hon. Mahinda Rajapaksa, too, confirmed during a meeting with a group of university teachers that the Parliament would be summoned on 5th November.

It is difficult for me to remain silent in the face of severe violation of democratic principles, forcible taking over of administration of media institutions and other public sector institutions disregarding the moderate employees and information to the effect that various perks and privileges are offered to Members of Parliament.

At a time it has been brought to my attention by the majority that the lawful summoning of Parliament has been prevented and the rights of the Members of Parliament have been usurped, in the name of justice and fair play, I have to make my stance known to the world.

Finally, I wish to state that these events which should not have occurred in a democratic society is an unpleasant phenomenon that took place without the use of arms.”

February 7, 2021 byLahiru Pothmulla No Comments
A member of the Baddegama Pradeshiya Sabha (PS) has been arrested by the Wanduramba Police yesterday on charges of obstructing  the duties of a CEB official and assaulting him, Police Spokesman DIG A

September 28, 2020 byCharindra No Comments
Ampitiye Sumanarathna Thero of the Batticaloa Mangalarama Buddhist Temple spoke on the harthal in the Batticaloa town, bringing to attention how necessary security action should be taken by the Presid