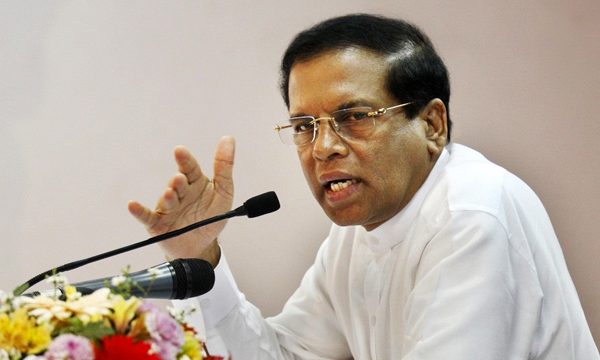 The special Cabinet meeting summoned by President Maithripala Sirisena today was focused on the controversy over Chief of Defence Staff, Ravi Wijegunaratne and the move by the Criminal Investigations Department (CID) to interrogate him on his alleged involvement in the abduction and disappearance of 11 youths.

The Morning learns that the UNP Cabinet ministers have expressed their objections over the discussion of such an issue at a special Cabinet meeting at a time when Prime Minister Ranil Wickremesinghe and many senior ministers of the government were overseas on official tours.

The President, it is learnt, had expressed concerns over the interrogation of the CDS by the CID and a scenario when Wijegunarathne could be arrested.

However, after discussing the issues related to the matter, a majority of the Cabinet ministers have said that a final decision could be reached only after the Prime Minister returns to the country.

April 8, 2020 byTSM Web Desk No Comments
A doctor who specialised in treating the elderly has died after testing positive for Covid-19.

Health experts warn against unnecessary and excessive use of antibiotics