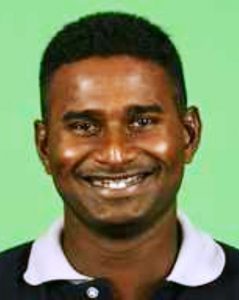 SLC yesterday announced the following appointments by its Executive Committee of the SLC in consultation with the Technical Advisory Committee, headed by Aravinda de Silva, effective from yesterday itself.

Accordingly, former Sri Lanka opening batsman Avishka Gunawardene was appointed as the Head Coach of the Sri Lanka Under-19 team. His appointment is effective until 31 December 2022. Gunawardene, an International Cricket Council (ICC) Level III qualified Coach, held the positions of Sri Lanka U-19 Coach, Sri Lanka ‘A’, and Sri Lanka Emerging Team Coach in his previous stints with the SLC. He also held the role of Batting Coach of the main national team during several international tours before.

Meanwhile Mahinda Halangoda was appointed as the Manager of the Sri Lanka U-19 team. His appointment is effective until the completion of the 2022 ICC U-19 World Cup. Halangoda, former SSC first-class cricketer who is now 60 years of age, had had previous stints with the SLC, as the Manager of Sri Lanka U-19 team, Emerging, and also the ‘A’ teams. 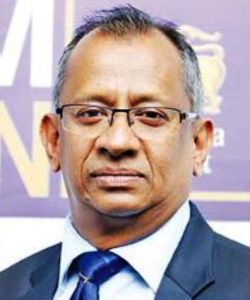 * Herath and Kodithuwakku awarded by SLC

Sri Lanka Cricket’s (SLC) Executive Committee, whilst congratulating the two Sri Lankan athletes who brought glory to the country during the ongoing Tokyo 2020 Paralympics, has taken a decision to reward the latter’s outstanding achievement.

“SLC will present the ‘recognition’ to the two athletes with the participation of the Minister of Youth and Sports Honorable Namal Rajapaksa,” SLC said yesterday (2) in a media release.

India bundled out for 191 at the Oval 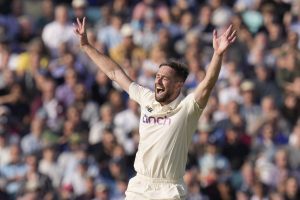 England trailed by 140 runs with eight wickets in hand in the last stages of the first day of their fourth cricket Test against India at The Oval yesterday. The five-match series is now squared at 1-1.

Ireland took an unassailable 3-1 lead in their home T20I cricket series against Zimbabwe yesterday at the Bready Cricket Club grounds at Maghramason, with one match to go. Zimbabwe won the first match by three runs but Ireland won the next two, by seven wickets and 40 runs respectively. Zimbabwe scored only 174/4, chasing 175 to win. The two teams will also play a three-match ODI series on 8, 10, and 13 September, after their fifth and final T20I tomorrow (4).

Hosts St. Kitts and Nevis Patriots, led by Dwayne Bravo, are presently leading the ninth Caribbean Premier League (CPL) with four out of four wins. Jamaica Tallawahs and Trinbago Knight Riders are on the second and third spots with two out of their four. The 13 out of the 30 matches of the league phase was held yesterday. The event began on 26 August will end up with the final, fixed for 15 September. Sri Lanka’s former players Thisara Perea (in Barbados Royals) and Isuru Udana (Trinbago Knight Riders) are also playing in the tournament this year.

The Taliban have approved Afghanistan’s first cricket Test since their takeover, raising hopes that international matches will continue as usual under the new rule of the Islamists.

“We have got approval to send the team to Australia,” the CEO of the Afghanistan Cricket Board (ACB) Hamid Shinwari has told AFP.

During their first stint in power, before they were ousted in 2001, the Taliban had banned most forms of entertainment, including many sports, and stadiums were used as public execution venues, it was reported. The hard-line Islamists do not mind cricket, however, and the game is popular among many fighters, the Indian media added yesterday.

Bangladesh opening bat Tamim Iqbal has opted out of the forthcoming T20 World Cup in UAE and Oman, starting in October. The last time Iqbal played in a T20I was in March 2020. The renowned opening bat had said he is not retiring from cricket anyway, yet cited he wanted to give his opportunity to another as he had not played in T20I cricket for a long time.

Kusal Mendis out for naught again, now 4 in a row

January 14, 2021 byRevatha No Comments
Kusal Mendis out for naught again, the fourth in a row