Sports In Brief: Sri Lanka to leave for World Cup on 3 October

Sri Lanka to leave for World Cup on 3 October 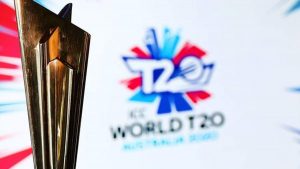 Sri Lanka will leave for Oman on 3 October for a two-match T20I series, to be played on 7 and 9 October.

Upon completion of the tour, Sri Lanka will leave to Abu Dhabi and Sharjah for two International Cricket Council (ICC)-organised warm-up games, to be played on 12 and 14 October, before kicking off their T20I World Cup campaign on 18 October against Namibia.

The matches against Namibia and Ireland will be played in Abu Dhabi on 18 and 20 October whilst the last qualifying game is scheduled for Sharjah on 22 October against the Netherlands.

“We are looking to play as many games as possible leading to the World Cup, in similar conditions to UAE,” said Ashley de Silva, CEO, Sri Lanka Cricket (SLC) in an SLC media release on Thursday (9).

Here is the speculated squad for the T20I World Cup from Sri Lanka. The International cricket Council (ICC) deadline is today (10 September) for the flagship event. 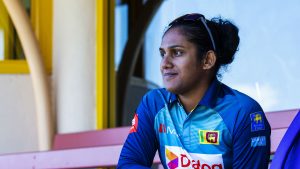 A residential training camp will be held for 23 Sri Lanka women’s cricketers, from 9 September, to prepare themselves for future tours and the World Cup Qualifying Tournament.

The camp will be conducted at the P. Sara Oval and will consist of skills and fitness training, game education, and also intra-squad practice games.

Women’s Head Coach is Hashan Tillakaratne and Ravindra Pushpakumara is the Fast Bowling Coach; Lanka de Silva is the Fielding Coach, and Dinuk Hettiarachchi is their Spin Bowling Coach.

A Residential Training Camp will be conducted for 26 Under-19 Sri Lanka cricket players, selected focusing on upcoming inbound tours including the Under-19 Asia Cup and the Under-19 World Cup.

The 22-day training camp will be conducted at SSC, Colombo under a bio-bubble environment.