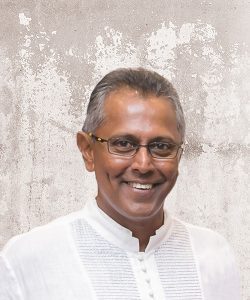 “The airports have to be opened, and provided the guidelines are followed, the risk is minimal. Everything in life involves a risk. You can’t make everybody happy, so we have to face that”  Tourism Advisory Committee Head Hiran Cooray

The pilot project underway to bring in tourists from some countries in order to test the country’s capability of handling flights and tourists amidst a pandemic is under public scrutiny again, with some Ukranian tourists who arrived at the Mattala International Airport (MIA) on 29 December testing positive for the Covid-19 virus.

Amidst talk of a new Covid-19 strain in the UK and general concern about opening the country for tourism, Sri Lanka opened its international borders this week for limited air travel for the first time since the island nation went into lockdown in March. President Gotabaya Rajapaksa approved the Ministry of Tourism’s proposal for reopening the country for international travel, with the condition of a travel bubble.

A so-called travel bubble is an arrangement with minimum restrictions for air travel between certain countries that have controlled the spread of a virus. A few days ago, tourists entered the country under this travel bubble. Cooray informed us that in the case of any tourist from these travel bubbles testing positive, they will simply be instructed to isolate at the hotel that they are currently residing in. They will be directed to a hospital only if they begin to show serious symptoms of the virus. “Hotels are only allowed to operate under 75% occupancy; the remaining 25% is saved for this kind of eventuality where guests will need to isolate.”

Sri Lanka used to be the spot to travel to. With its beautiful beaches and gorgeous hills, not to mention the rich culture it holds, it was the ultimate travel destination for tourists. With the current pandemic that has taken over the world, it is no secret that the country’s tourism has been affected severely. We are now experiencing a tragic fall in the economy. Tourism has been among the hardest hit sectors during the Covid-19 pandemic. This year, tourist arrivals numbered 500,000, compared with the 1.9 million a year ago.

Since the lockdown in March when international borders closed, Sri Lanka has allowed only repatriation flights for Sri Lankan citizens abroad. Recently, there were discussions on opening airports in January, allowing foreigners to visit the country again. Cooray shared his view on the tourism industry and its revival. “This is something that should have happened earlier. We are actually a little too late, but it’s better late than never,” he stated. “We’re quite happy that the Government decided to open the airport. Tourism is an industry that contributes at least 5% to the national Gross Domestic Product (GDP). About a million people in this country depend on tourism. Therefore, it earns close to $ 4 billion annually on a good year.” He continued that keeping the country closed affects a lot of people’s livelihoods; the people who supply to the tourism industry are also affected. “It’s a no brainer, as far as I’m concerned that we open the country to tourists.”

Cooray also highlighted the importance of sticking to the mandated government regulations, in order to prevent another spread of the virus. He noted that the damage to the economy has already happened with the airports being closed for so long, but he hopes that it will go back to normal once the airports reopen.

He stated that all countries should be allowed to fly to Sri Lanka, so long as the regulations are abided by. There will be no restrictions for countries. “If the health guidelines are followed, where the tourists come from does not matter. If there were no health guidelines in place, then we would have to be careful with who we let in, but right now, we have measures in place to prevent another spread of the virus within the country.”

As per the guidelines, all foreign tourists will need to undergo PCR tests on arrival and seven days after arriving in the island, while they will also be required to have evidence of a negative PCR test 72 hours before arrival.

With some concerned citizens unhappy with the decision of welcoming tourists, Cooray mentioned: “There are always going to be people that choose to live inside locked doors, we can’t help that. There will be people who are unhappy with this decision, but hopefully they will realise that this will bring about a positive impact to the livelihood of many.”

He continued: “The airports have to be opened, and provided the guidelines are followed, the risk is minimal. Everything in life involves a risk. You can’t make everybody happy, so we have to face that. We hope to educate them about our actions and hopefully that will change their way of thinking.”

He also stated that once the official date of the airports opening is informed, they will be working with different sectors of tourism operators around the world in order to promote tourism. He concluded” “The tourist board will also carry out a tourism campaign, both online and offline, once the date is announced.”

Indulgence at its finest at CÉ LA VI’s rooftop oasis

August 31, 2018 byJennifer Anandanayagam No Comments
Located in Colombo's metropolitan skyline, CÉ LA VI is the newest addition to the city's finest eateries and bars. Offering patrons views of the restless concrete jungle beneath,

ACEAE: The newest young fashion brand to hit the streets of Colombo

September 8, 2020 bythemorningeditor1 liberty No Comments
The brand ACEAE (pronounced as “axia”) has been making an impression of sorts on Instagram lately. Offering a line of select pieces for the outgoing young woman, ACEAE creates an image of dynamic chic