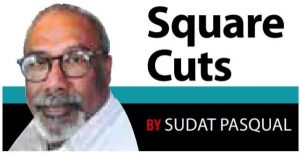 The first international cricket series played on Sri Lankan soil since August 2019 ended in the home side beating the visiting Bangladesh side convincingly in the second Test and wrapping up the two-Test series 1-0. This result was satisfactory on more than one front.

A team that has won only 30% of Tests while losing 43% cannot be considered a successful team. That scenario is compounded by the reality that since 2018 Sri Lanka’s home record is even worse with the team winning a mere 26% of the matches while losing 37%. One win against a team that is ranked two rungs lower on the International Cricket Council (ICC) rankings can hardly be considered a transformational moment, especially since Sri Lanka’s Test history is replete with similar upward moments of hope that quickly flat-lined into periods of underperformance. Still, there are reasons for qualified optimism in this current squad. 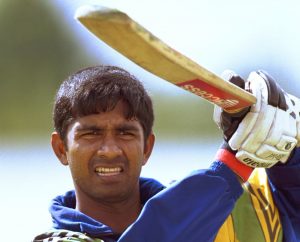 If player managers influenced selections, then the selectors allowed that to happen. It is that simple. Let’s hope that Sri Lanka is done with that sordid past with the new national selection panel under Pramodya Wickramasinghe

Between 2018-21, Sri Lanka won series in South Africa, Bangladesh, and Zimbabwe and drew two in the Caribbean. Also, Sri Lanka is faring better in the longer format than in the two shorter formats where the team is losing on the average 67% of their matches. In Tests, the losing percentage is 43. Shorter format matches almost always ends in a result whereas Tests offer the option of a draw and that fact does tend to skew the percentages somewhat but a close scrutiny of results across all formats will show that Sri Lanka’s performance at the Test level has been the most consistent of the three in the past three years.

Replacing great players is tough, especially if you are SLC

At the individual player level, the Test team is showing signs that most of the positions have been adequately and competently filled. The retirement of Mahela Jayawardene and Kumar Sangakkara left a huge void in the area of team leadership and Sri Lanka has struggled to fill that void. Around the same period, Sri Lanka also lost the services of the country’s two most prolific bowlers, Muttiah Muralitharan and Chaminda Vaas and one of the premier all-format players Tillakaratne Dilshan to retirement. Within a few years of their retirement, Rangana Herath, Sri Lanka’s second-highest Test wicket taker also bid adieu.

Between 2007-18 six of Sri Lanka’s top ten Test run scorers (Jayawardene, Sangakkara, Sanath Jayasuriya, Marvan Attapattu, Thilan Samaraweera, and Dilshan) and three highest wicket takers (Muralitharan, Vaas, and Herath) retired from the game. Even the most efficiently managed team would find such an exodus well nigh impossible to manage. Handling of this generational transition by Sri Lanka Cricket (SLC), an organisation that has never been accused of being efficient or proactive has been feckless, as expected.

Allowing the entry of the newcomers

Since 2011, 74 players have represented Sri Lanka in Tests, 67 in ODIs, and 50 in T20Is. In that period Sri Lanka has had eight Test captains, 11 ODI captains, and seven T20I Captains. Yet it took Sri Lanka three years to find a replacement for Herath, and is yet to find one for Muralitharan and it has taken almost 10 years to find an opening pair to replace Dilshan and Sangakkara. In spite of these inept and almost incorrigible selection mishaps, Sri Lanka’s selectors occasionally stumble into coherent sets of selections. The recently concluded Bangladesh Test series was one of those coherent stumbles.

At the helm, Dimuth Karunaratne has turned out to be a steady hand both as a Captain and as an opener. Mercifully, selectors have allowed Karunaratne to grow into his dual role. Lahiru Thirimanna, after a decade in the team has finally figured out a way to accumulate runs and provide decent cover for the Skipper at the top. At the top of the order, Oshada Fernando, Dhananjaya de Silva, and Pathum Nissanka have settled into their roles. Niroshan Dickwella is still playing impetuous shots but at least he’s staying in the middle long enough to make a difference. The lone failure in the batting line is the most experienced hand, Angelo Mathews. Selectors will need to make a call on Mathews soon. Mathews at 33 with a long history of injuries is not contributing with the bat to justify retention. Batsmen Avishka Fernando and Kusal Mendis, and utility players like Wanindu Hasaranga and Chamika Karunaratne are looking for a way to enter the fray and it would be a crime to block their path for sentimental and/or other non cricket related reasons.

On the bowling front, SL has found efficient fast bowling as well as spin combinations. Suranga Lakmal and Vishwa Fernando bowled well in tandem even if they didn’t scalp many wickets. Once Lahiru Kumara and Dushmantha Chameera are fully recovered from their injuries, they along with Chamika Karunaratne should be able provide the manpower to rotate the fast-bowling workload as required. Ramesh Mendis and Praveen Jayawickrama were outstanding during the second Test. Until Lasith Embuldeniya returns to the fold, Jayawickrama should fill in and Ramesh Mendis deserves an extended run in the Test team as the specialist off-spinner as not to exert unnecessary pressure on Dhananjaya de Silva to bowl his part time off-spin full time, as he was called on during the first Test and previously in the Caribbean when Embuldeniya was indisposed.

Pramodya Wickramasinghe has gotten off to a decent start after mishandling the selections for the firstst Test. Wickramasinghe also seems to be listening to people who are familiar with the local players but are not monetarily invested in the players. Many observers are of the opinion that a few individuals who have stables of players under their wing have indulged in influence peddling and worse in the past, and that has eroded even the little credibility that was left in the system. There may be some truth to that sentiment, but we must always remember that those individuals would not have been able to impact the system in such a manner if the selectors were steadfast and refused to be influenced. So, if player managers influenced selections, then the selectors allowed that to happen. It is that simple.

Let’s hope that Sri Lanka is done with that sordid past. Pramodya Wickramasinghe can make that happen by refusing to be influenced by the influencers. Mr. Wickramasinghe needs to develop skills of listening with a closed mouth and being noncommittal.