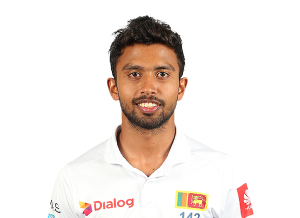 Sri Lanka Cricket’s (SLC) Selection Committee comprising Pramodya Wickramasinghe as Chairman, Romesh Kaluwitharana, Hemantha Wickramaratne have selected the following Sri Lanka ‘A’ squad to play against Pakistan ‘A’ in a series which is set to commence on 28 October.

Minister of Youth and Sports Namal Rajapaksa has ratified the squad. Sri Lanka ‘A’ vs. Pakistan ‘A’ series consists of two four-day games as well as three one-dayers.

February 15, 2019 byRandev No Comments
Ferrari has unveiled the car they hope will end a decade-long Formula 1 title drought in 2019.

July 9, 2021 byRevatha No Comments
Says his Captain is MS Dhoni